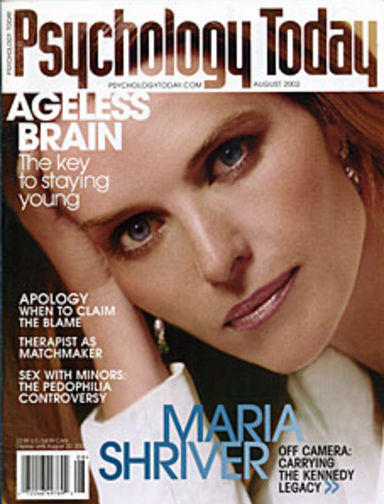 Power Up Your Brain

Power Up Your Brain

New research on Alzheimer's disease and aging find that you can remain healthy when you exercise the mind and body.

Lily Hearst is trim, fit and trilingual. She practices piano an hour a day, a passion she has indulged since she first learned the instrument a hundred years ago. At lunchtime she visits the local senior center in Berkeley, California, where she gives regular concerts. She enjoyed rock climbing and skiing when she was younger and now swims for 20 minutes every day. "At my age, I'm glad I can do that," says Hearst, who turned 105 on May 31st.

As a centenarian, Hearst belongs to an elite club whose numbers are swelling: There are about 75,000 Americans age 100 and up, and the U.S. Census Bureau projects that figure will rise to some 800,000 by the year 2050. Like many centenarians, Hearst attributes her longevity to good genes and healthful habits. Her parents remained vigorous into their 80s; her sister to age 90. She eschews wheelchairs, eats well ("a grapefruit every morning"), drinks socially and doesn't smoke. Add to that a healthy dose of optimism, and her modus vivendi starts to jibe with current findings about lifestyle choices and sustained vitality.

Researchers confirm that genetics need not be the decisive factor in determining how long and how well we live. Certainly, genes are linked to neurodegenerative ailments: Investigators at Duke University reported that genes tied to Alzheimer's, found in about 2 percent of the population, can speed the onset of everyday memory loss and may predict the age at which signs of the illness will first appear. Hormones also may be a factor: Women are one-third more likely than men to develop Alzheimer's, and large trials are under way to determine whether hormone-replacement therapy at menopause protects against Alzheimer's and memory loss. In elderly men, higher testosterone levels were linked with concentration and memory skills in one study. But gender and genes aside, a growing body of research suggests that sustained cognitive activity may hold the key to how well we age.

In 1996, Richard Snowdon, Ph.D., professor of neurology at the University of Kentucky Medical Center and author of Aging with Grace, published results from his so-called nun study, in which nuns' mental acuity was analyzed in conjunction with autobiographies they had handwritten some 60 years earlier. Those who lived to a vigorous old age were more apt to have used unusual and multisyllabic words in rich, idea-laden sentences. Nuns who developed Alzheimer's had kept their syntax simple.

The nun study underscores much that researchers do—and do not—know about Alzheimer's. Sophisticated cognitive activity may build neural connections that thwart the disease altogether, but it is also possible that people who are cognitively active—either thanks to genes or education—amass a brain "reserve" that simply retards the noticeable symptoms of Alzheimer's, which can only be definitively diagnosed after death. One nun, for example, lived to be an alert 102, yet her autopsy revealed a brain ravaged by the sticky protein plaques and tangles of nerve cells that signify Alzheimer's.

When highly educated Alzheimer's patients were matched with less educated patients whose symptoms indicated comparable neurological degeneration, brain scans revealed that the disease was in fact more advanced in the educated group. Studies that controlled for literacy, high occupational status and multiple leisure activities drew the same conclusion. So patients who are better educated or more intellectually engaged seem better able to compensate for the disease, lending credence to the brain-reserve theory. It's not unlike the "bone reserve" theory of osteoporosis: We're urged to build up bone density when we're young so that the bone-thinning changes that await us are less likely to weaken hips or vertebrae when we're older.

The brain-reserve hypothesis may also explain why college graduates appear less vulnerable to memory loss than people with only an elementary school education: Learning strengthens the brain. And among individuals who are genetically predisposed to Alzheimer's, those with small heads—and hence smaller brains—are 14 times more likely to develop the disease, according to researchers at the universities of South Florida and Washington (although, head size alone is not a significant risk factor).

A disease like Alzheimer's, though, is very different from ordinary absentmindedness—the inability to recall a name or find our car keys. This "normal" cognitive decline begins in middle age. "People who think they're doing well on memory tests at age 30 are not doing as well as they did at age 20 or 25," says Kenneth Whang, Ph.D., of the National Science Foundation.

This is to be expected: Brain cells, or neurons, may shrink as we age. But neurons don't just die off by the thousands starting shortly after birth, as scientists once believed. We now know that the brain exhibits plasticity, allowing neural connections to be forged even late in life. Novel activities may actually "cross-train" or strengthen neural networks, building agility and disease resistance. A study published in 2002 in the Journal of the American Medical Association found that people who regularly read, solve crossword puzzles, play cards or checkers, or visit museums are less likely to experience mental decline than those who do not.

Anders Ericsson, Ph.D., has shown that mental exercises can expand working memory, which allows us to remember a seven-digit telephone number but, generally, not longer sequences. One of his college students could recall 80 numbers (after 200 hours of practice). Others could store as many as 20 numbers after 50 hours of training. Unfortunately, the students' numerical facility didn't carry over to other tasks. When given a string of letters, the students' recall was only average.

Lawrence C. Katz, Ph.D., co-author with Manning Rubin of Keep Your Brain Alive, believes there are many ways to lead a brain-healthy lifestyle. "For some people it may be doing crossword puzzles or learning a musical instrument, but there are less daunting ways to access your brain's potential."

Katz and Rubin coined the term "neurobics," for simple exercises designed to enrich the connections between brain cells. They advocate doing ordinary activities in a novel way; for example, rearranging the items on your desk, brushing your teeth with the opposite hand or taking a new route to work.

It remains unproven whether such cross-training boosts brainpower. "No one has done, or is likely to do, a true clinical trial," admits Katz. The fact is that all studies linking mental stimulation to enhanced cognitive performance in humans are correlational and fall far short of definitively proving that we can boost brainpower. But since controlled studies of laboratory rats confirm the importance of environmental stimulation, it can't hurt to look generously upon the wealth of research suggesting that we can, in fact, improve or maintain cognitive abilities, even if researchers are divided as to the most effective means of enhancing mental acuity.

For example, Snowdon, who conducted the nun study, is not a proponent of neurobics, arguing instead that mental stimulation in the first 12 to 14 years of life is key. "Mental stimulation in adults may have only a negligible effect in reducing the risk of Alzheimer's," he says. "The evidence is growing that physical exercise is important in a variety of chronic diseases, including brain diseases. If you have to choose between a crossword puzzle or exercising, get out the door and exercise your entire body."

Exercise boosts circulation, including blood flow to the brain, which uses a full 25 percent of the oxygen that enters our lungs. It also bolsters brain-nurturing chemicals and reduces stress, which has been shown to damage the brain. Physical activity can also ease depression, which slows thinking and may precede the onset of Alzheimer's. For similar reasons, relaxation techniques such as yoga and meditation are often recommended, as is avoiding smoking and not consuming too much alcohol, though research indicates that moderate drinking may help reduce stress. Dutch researchers have found that up to three servings of wine, beer, or liquor, a day may decrease the risk of Alzheimer's.

Cholesterol may also be a factor in Alzheimer's. Doctors at Boston University School of Medicine reported a link between high levels of the amino acid homocysteine—which is believed to be associated with heart attacks and strokes—and Alzheimer's, and several studies have noted an association between high cholesterol and brain decay. Research from the University of California at San Francisco suggests that popular cholesterol-lowering drugs such as Lipitor and Zocor might also improve mental functioning and ward off Alzheimer's.

Many studies confirm the benefits of social interaction for mental vigor, including a landmark 10-year trial by Marilyn Albert, Ph.D., of Harvard Medical School, co-author of Keep Your Brain Young. A sense of purpose in life, close family and friends, community activities and satisfaction with one's accomplishments all seem to be key to well-being. "The best stimuli are other human beings," agrees Katz.

Coping style may also influence how we fare. Follow-ups to the nun study, by Deborah Danner, Ph.D., of the University of Kentucky found that the sisters who wrote words like "joy" and "thankful" lived up to 10 years longer than did those who expressed negative emotions. Danner is analyzing data indicating that nuns who smile more may also live longer. Her advice? Read. Learn. Stay involved with what interests you. Be positive. And smile.

Lessons from the longest living

Have You Done Your "Neurobics" Lately?