From Freud to Fluoxetine

The Five Most Influential Psychiatric Drugs of All Time

The drugs that forever changed the landscape of psychiatry. 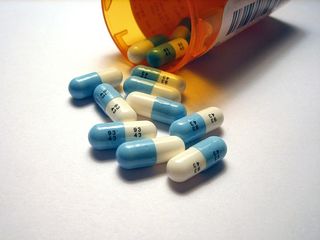 The introduction of Prozac, the first SSRI to enter widespread use, was a momentous event in the history of psychiatry.
Source: Public domain

The birth of modern psychopharmacology dates back to the 1950s when a series of discoveries forever changed the course of psychiatry and the lives of millions of patients. The following drugs—although some no longer commonly used—changed the field in dramatic ways, opening up psychiatry to the treatment of disorders once considered untreatable. Their discoveries rank among the greatest achievements in the history of medicine.

Lithium salts have been used to alleviate psychological distress since the Roman days. Roman physicians would send their nervous and temperamental patients to bathe in bath springs in southern and western Europe. We now know that these particular springs have the highest natural concentrations of lithium on the European continent.

The modern discovery of lithium as a treatment for bipolar disorder was made in 1948 by John Cade, an Australian psychiatrist who selected lithium because it would neutralize uric acid, which he believed at the time to be the cause of mania. As it turned out, bipolar disorder has nothing to do with uric acid, but lithium worked magically to calm manic patients. As such, it became the first specific drug to target a particular psychiatric disorder. More than seventy years after its discovery, lithium remains the most effective medication in all of psychiatry, with a response rate of more than 70% for patients with bipolar disorder. It also has useful applications in the treatment of unipolar depressions.

After its original discovery in Australia, lithium carbonate was brought to America by the psychiatrist Ronald Fieve, who was influential in opening the first lithium clinic in the U.S. at Columbia University in the early 1960s. Despite lithium's well-established efficacy, there is broad agreement that the drug is now underprescribed in favor of the newer, more profitable mood stabilizers and antipsychotics.

Nonetheless, lithium's discovery as an effective treatment for bipolar disorder ushered in the psychopharmacological revolution in psychiatry. For the first time in history, something could be done to treat serious mental disease.

Lithium's serendipitous discovery in 1948 was followed shortly thereafter by another miraculous discovery: the world's first antipsychotic drug. In 1949, a French military surgeon in Tunisia named Henri Laborit was seeking a way to reduce surgical shock. He investigated one antihistamine, chlorpromazine, which he found to have profound psychological effects on patients when given prior to surgery. Intrigued, Laborit convinced a psychiatrist colleague to ingest the drug to provide feedback on its psychotropic effects. In 1952, he convinced another psychiatrist to administer the drug to a schizophrenic patient for the first time.

Chlorpromazine's use as the first neuroleptic swept across Europe, but in the psychoanalytically-dominated U.S., its reception was muted. At the time, American psychiatrists were pursuing psychosocial explanations of schizophrenia, such as Gregory Bateson's double-bind theory. Baffled, the pharmaceutical company that produced chlorpromazine (brand name Thorazine) began courting state governments, rather than psychiatrists and medical schools, insisting that the drug could be a cost-saver for state mental health programs.

Soon thereafter, almost every major U.S. psychiatric hospital began using the drug, and by 1964, more than 10,000 peer-reviewed papers had been published on Thorazine. The introduction of Thorazine in the U.S. eventually contributed to the broader deinstitutionalization movement, and the number of hospitalized patients decreased from roughly 600,000 in 1952 to 160,000 in 1977.

Thorazine remains one of the most effective antipsychotic medications, particularly for patients with serious disease, and has useful applications in emergency settings. Along with lithium, it is listed on the World Health Organization's List of Essential Medicines.

In the early 1950s, drug companies were searching for new drugs to compete with Thorazine on the market for schizophrenia. Roland Kuhn, a Swiss psychiatrist hired by the pharmaceutical company Geigy, began investigating a single compound but found no significant antipsychotic effects. Geigy wanted Kuhn to select a new compound for investigation, but Kuhn, who was always more interested in depression than schizophrenia, did something remarkable: He decided to go behind the backs of the pharmaceutical company that was funding his research and administer this compound to depressed patients. What he found was nothing short of miraculous.

Within a few weeks of initiation of imipramine, Kuhn's chronically depressed patients began to regain a sense of purpose, motivation, and hope. Their depressive symptoms, once considered to be intractable, responded remarkably to this novel drug.

With imipramine's discovery, psychiatry finally had effective biological treatments for its three flagship disorders: schizophrenia, bipolar disorder, and depression. For many years, imipramine was considered the "gold standard" in the treatment of major depression. While its regular use has been largely superseded by the newer SSRIs and SNRIs, it remains useful in the treatment of refractory and atypical depressions.

Valium was invented by chemist Leo Sternbach at Hoffman-La Roche in New Jersey in 1963, the second benzodiazepine drug to be discovered, following Librium in 1960. Valium was a game-changer in psychiatry, becoming the top-selling pharmaceutical in the U.S. from 1969 to 1982. The introduction of the benzodiazepines marked a significant improvement over the older barbiturates, which were far more sedating and dangerous when an overdose occurred. Since Valium's release, a number of derivative benzodiazepines have been developed, including, most notably, Xanax, introduced in 1981.

Yet, Valium holds the distinction of being the groundbreaking benzodiazepine. While the use of the benzodiazepine class of drugs has become increasingly criticized due to their risk of physical dependence and withdrawal, they remain effective agents in the treatment of panic, anxiety, agitation, catatonia, and other conditions.

In the past 30 years, perhaps no psychiatric drug is more well-known than Prozac (fluoxetine), which was discovered by Eli Lilly and Company in 1970 and entered medical use in the U.S. in 1988. It was one of the very first SSRI drugs ever synthesized, its introduction was an event of momentous psychiatric and social-cultural importance. The discovery of the SSRI drugs represented a landmark achievement in psychiatry, and they are now, by far, the most widely prescribed medications for clinical depression, anxiety disorders, obsessive-compulsive disorder, and other ailments.

Since Prozac's introduction, a number of "me-too" SSRIs have followed, each with a slightly different chemical structure and side effect profile but similar in their basic mechanism and effectiveness. The first drug of its kind to enter widespread use, Prozac represented more than a new trend in psychiatry; it changed the way we think about depression, psychiatric illness, and human psychology. Its broader effect was captured eloquently by psychiatrist Peter D. Kramer in his bestselling 1993 book Listening to Prozac.

Mark L. Ruffalo, D.Psa., L.C.S.W., is a psychotherapist in Tampa. He serves as an instructor of psychiatry and social work at several academic institutions in Florida. 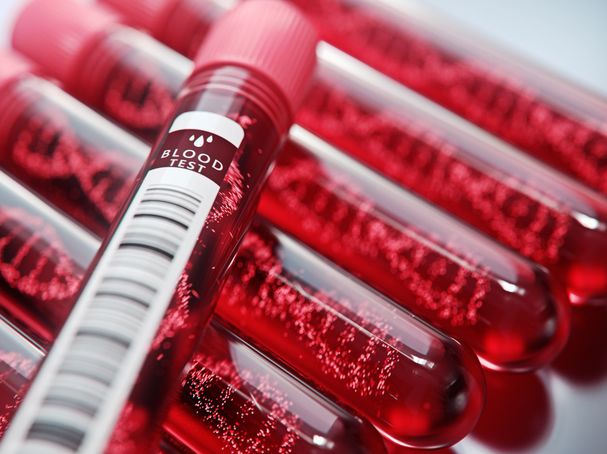 Is My Medication Written in My Genes? 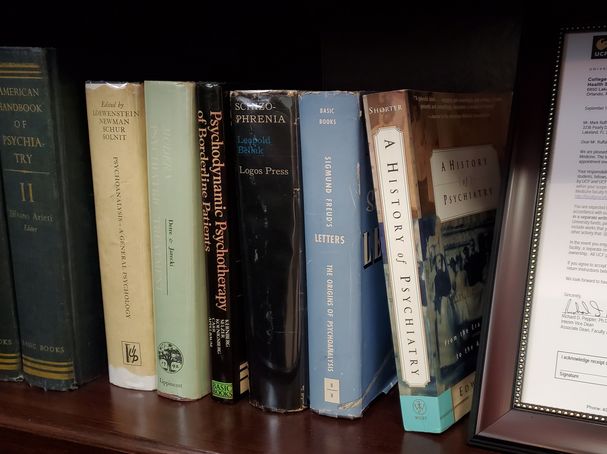 We Treat Patients, Not Clients or Consumers

Lithium Carbonate: The Penicillin of Psychiatry

The Fall of Psychoanalysis in American Psychiatry 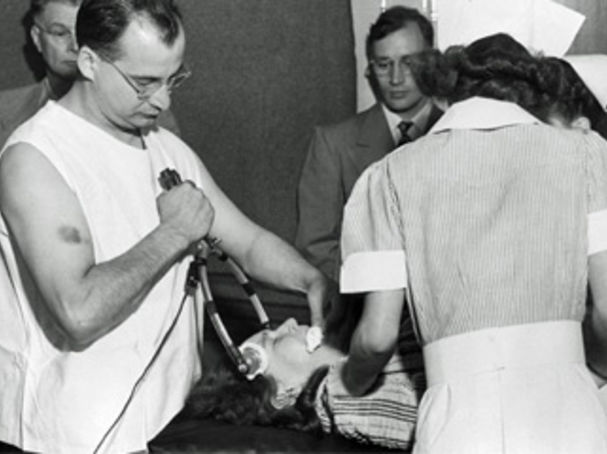 A Brief History of Electroconvulsive Therapy 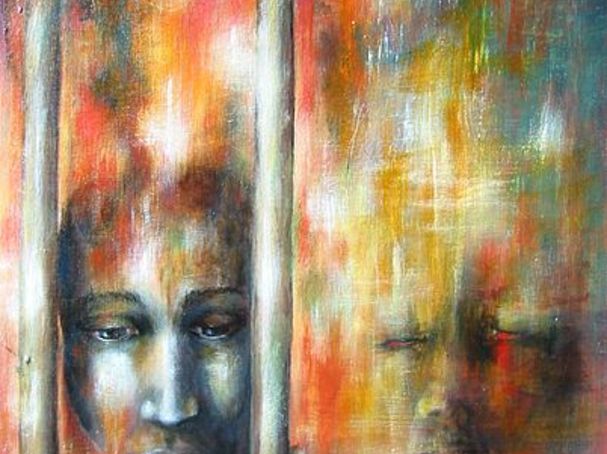 Revisiting the Concept of Reactive Depression

Restoring Melancholia as a Diagnostic Entity