The Common Personality Traits People Wish They Didn’t Have

New research shows how hard it is to have an obsessive-compulsive personality. 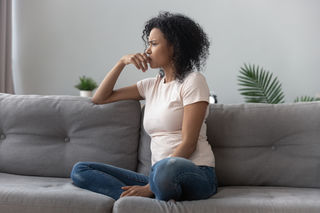 Its symptoms include being overly concerned about money to the point of being cheap, paying extreme attention to detail, working to the point of overwork, and being so perfectionistic and attentive to detail that the person can't get anything done. Perhaps you know someone with OCPD. If you’re late, this person becomes enraged. You’ll get just as much grief even if you’re on time, should you make a mistake in the process of working on a joint task.

According to a new study by the University of Chicago’s Jon Grant and Samuel Chamberlain of the University of Cambridge (UK), this pattern of problematic behaviors develops over the course of time. People are not, as they note, “born” with OCPD. Instead, the authors propose, there is a “chain of pathogenesis from ‘health’ to ‘disease’” (p. 69).

Understanding this chain means that it’s important to study people who don’t meet the clinical criteria for OCPD but instead are starting to show signs of developing its characteristics. Such an understanding could play a vital role in preventing the disorder’s development in at-risk individuals.

The traits that can lead to the progression of OCPD, the US-UK team maintain, are impulsivity and compulsivity. If you are highly impulsive, you tend toward acting quickly, and often inappropriately. If you are an individual high in compulsivity, you tend to engage in repetitive habits. In the words of the authors, “OCPD could be seen as the ‘ultimate’ compulsive disorder, due to the typical rigid response style, and conservative values often observed, which can be seen as risk averse” (p. 69). Underlying both traits, Grant and Chamberlain further maintain, is a general factor of disinhibition. If you have this disorder, you can’t control your impulsive actions which you find yourself repeating constantly, according to the authors.

The idea of being high in disinhibition if you have OCPD, or are on your way toward developing it, may seem paradoxical. After all, don’t the primary symptoms seem to involve that of extreme rigidity? Doesn’t this seem like the opposite of disinhibition? As Grant and Chamberlain maintain, the traits in OCPD may evolve out of a need for these individuals to compensate for their excessive tendencies to burst out at a moment’s notice in that “inappropriate” behavior.

The extreme structure their OCPD traits provide is adaptive because it allows these individuals to cope with the need to achieve their academic/vocational goals as well as to have a satisfying social life. This “excessive top-down control” that leads to “rigid approaches to life” can be understood, the research team maintains, from a neurocognitive as well as personality perspective. Neurocognitively, the rigidity should show up as an inability to engage in flipping a mental switch when a new situation requires a new approach.

Previous research cited by the authors showed that nearly a quarter of a sample of individuals who had problems controlling their aggression also were high in OCPD traits. Other research confirmed this observation, showing that individuals with OCPD had high scores on measures of negative affectivity (bad moods) and generalized or trait anger, highly intense emotions which they had difficulty controlling. People with OCPD also have other clinical conditions including substance use disorders and attention-deficit hyperactivity disorder (ADHD). Though perhaps adaptive from one perspective, the extreme preoccupation with detail that those with OCPD show, combined with an inability to adapt to life's inevitable changes, will only get in the way of their well-being.

To test the hypothesis that OCPD reflects an out-of-control individual’s attempt to gain control, the authors recruited a community sample of volunteers in their 20s, all of whom also had gambled at least 5 times during the previous year as part of a larger study on impulsive behaviors. The participants did not have a diagnosis of OCPD but instead met the criteria of being “subsyndromal,” meaning they had at least one of the OCPD traits. The 104 participants in this group were compared with 52 healthy controls who had no symptoms of a psychological disorder. All participants completed a clinical measure administered by a trained interviewer as well as self-report inventories measuring compulsivity and impulsivity.

To assess the potential neurocognitive components of the disorder, Grant and Chamberlain used a computerized test of cognitive flexibility that required them to learn, and then unlearn, a “rule” for categorizing abstract shapes. Such measures are known as task-switching, and tap into the individual's ability to adapt to changing task demands. To assess disinhibition in the lab, participants were instructed to push a computer key continuously until a buzzer sounded that indicated it was time to stop. Disinhibited respondents should find it hard to stop pushing the key in response to the buzzer. The final piece of the puzzle was a gambling task in which participants literally decided how much to bet (not with real money) on the odds of a token residing under a red box or a blue box, thus resembling a typical betting game such as roulette.

This comprehensive assessment provided the research team with clinical, self-report, cognitive, and simulated gambling data on which to compare those with not-quite OCPD and individuals with no OCPD symptoms at all. The very first analyses themselves were informative, showing that a high proportion of people with these slight OCPD symptoms met the criteria for other diagnosable disorders, including impulse control disorders (40%) such as compulsive buying disorder, intermittent explosive disorder (unable to control anger), pyromania (fire-setting), compulsive sex disorder, and binge-eating disorder. Additionally, measurable proportions had major a range of mood and anxiety disorders as well as alcohol/substance use disorder and bulimia nervosa.

As the authors predicted, in comparing groups, the subsyndromal OCPD participants did show higher impulsivity and compulsivity scores on the self-report rating scales. However, only impulsivity (not compulsivity) scores were correlated with self-report OCPD scores across the entire sample. The authors concluded that impulsivity, then, may represent a “vulnerability” but not a “severity” marker for OCPD. People who are highly impulsive may, according to this interpretation, eventually develop OCPD in accordance with the original hypothesis of the study, namely as a self-correction against their feelings that their lives would otherwise spin out of control. Certainly, the co-occurrence of the other disorders with clinical OCPD ratings would attest to this vulnerability concept. Contrary to prediction, the lab tasks did not successfully differentiate those with OCPD symptoms from healthy controls. This finding may have been accounted for by the fact that the participants did not have diagnosable OCPD. Furthermore, the study did not follow participants over time, thereby not making it possible to study the long-term development of rigidity and impulsivity in relationship to OCPD development. Nevertheless, the correlational findings suggest that the theoretical basis for the study seems promising as a way to understand this very common, and troubling, disorder.

To sum up, being punctual, organized, and concerned with detail may have its merits. However, when these traits begin to develop in people who already tend to be impulsive, they can become warning signs that the individual is heading down a more ominous path. Paying attention to these warning signs, in yourself or someone you care about, can help those traits retain their adaptive value.

Are These actions symptoms of OCD?

Does continually checking the stove and the appliances before you leave the house because you are worried that they are still on, count?

Ya your blog is right about OCPD. But This pattern of problematic behaviors develops over the course of time. People are not, as they note, “born” with OCPD. Instead, the authors propose, there is a “chain of pathogenesis from ‘health’ to ‘disease’”.Thanks for sharing this beautiful information.
For another information about good Personality you can visit here

Genital Herpes Virus Cured with Herbal Medicine.
I came across lot of testimonies on health blogger site about doctor Ahmed Usman curing different diseases with Herbal medicine at first I was discouraged by my family that it was a scam, I decided to give the doctor a try. I contacted Dr. Ahmed Usman with his official email which he replied and asked few questions and method of preparation. He sent the Herbal medicine to me and with his prescription I drank the herbal medicine for 21 days. I discovered that I no longer have night Fever and constant headaches and the outbreaks I used to have were gone when I was done taking the Herbal Medicine I went for test and my result was confirmed Negative with no trace of the virus on my blood. You too can be cured contact him through his email; drahmedusman5104@ gmail. com. ‌
or via Whatsapp/Call +2348115784357
He said he has Herbal cure for;
Diabetes, Hepatitis,
Cancer, Painful menstruation,
Sickle cell Anemia and Typhoid. 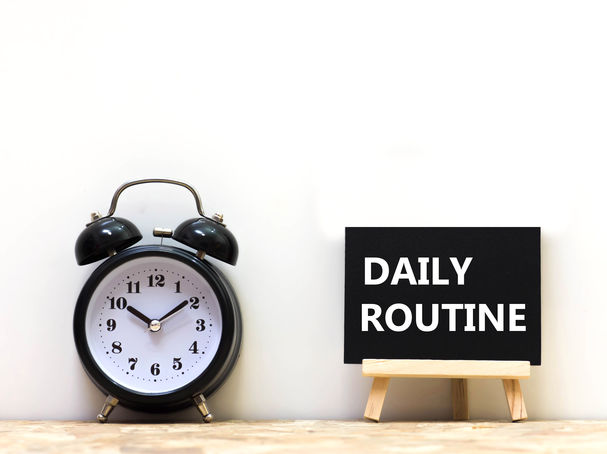 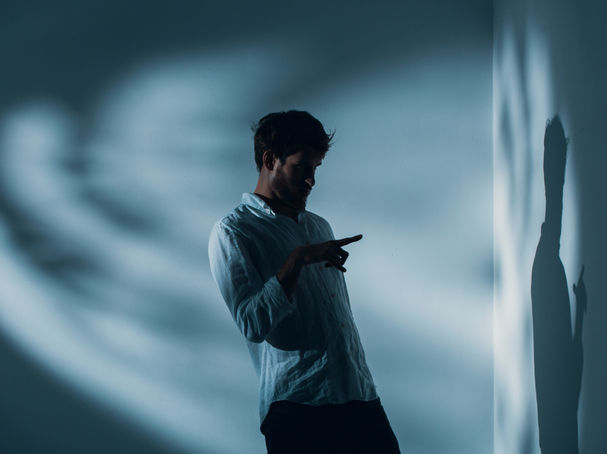 The Psychology of OCD 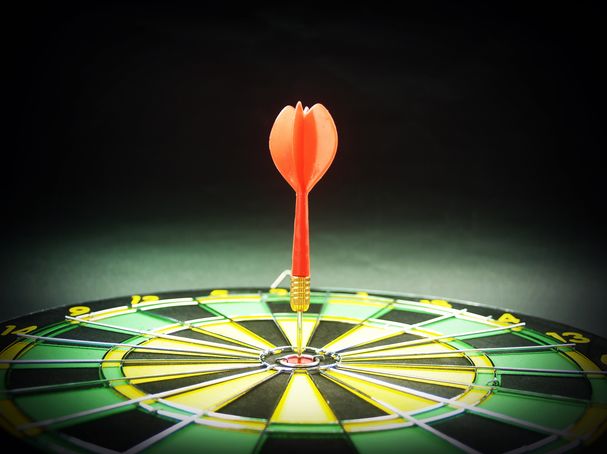 7 Signs You May Be Oblivious to Your Perfectionism