Not long ago, the CEO of a sales company mentioned that he was spending millions of dollars to train his employees in emotional intelligence. He asked if it was possible to assess emotional intelligence during the interview process, which would allow him to hire salespeople who already excelled in this area.

I said yes, it can be done—but I wouldn’t recommend doing it.

Warning: if you’re a devoted member of an emotional intelligence cult, you may have a strong negative reaction to the data in this post. In case that happens, I’ve offered some guidance at the bottom on how to respond.

To make sure we’re on the same page, let’s be clear about what emotional intelligence is. Experts agree that it has three major elements: perceiving, understanding, and regulating emotions. Perceiving emotions is your ability to recognize different feelings. When looking at someone’s face, do you know the difference between joy and contentment, anxiety and sadness, or surprise and contempt? Understanding emotions is how well you identify the causes and consequences of different feelings. For example, can you figure out what will make your colleagues frustrated versus angry? Frustration occurs when people are blocked from achieving a goal; anger is a response to being mistreated or wronged. Regulating emotions is your effectiveness in managing what you and others feel. If you have a bad day but need to give an inspiring speech, can you psych yourself up and motivate your audience anyway?

I told the CEO that although these skills could be useful in sales, he’d be better off assessing cognitive ability. That’s traditional intelligence: the capability to reason and solve verbal, logical, and mathematical problems. Salespeople with high cognitive ability would be able to analyze information about customer needs and think on their feet to keep customers coming back. The CEO was convinced that emotional intelligence would matter more.

To see who was right, we designed a study. Working with Dane Barnes of Optimize Hire, we gave hundreds of salespeople two validated tests of emotional intelligence that measured their abilities to perceive, understand, and regulate emotions. We also gave them a five-minute test of their cognitive ability, where they had to solve a few logic problems. Then, we tracked their sales revenue over several months.

The CEO wasn’t convinced: maybe they didn’t take the emotional intelligence test seriously enough. We ran the study again—this time with hundreds of job applicants, who knew that their results could affect whether they were hired. Once again, cognitive ability dramatically outperformed emotional intelligence.

I happen to find emotional intelligence fascinating; I teach the topic in the classroom and have published my own research on it. As much as I like it, though, I believe it’s a mistake to base hiring or promotion decisions on it.

A few years ago, researchers Dana Joseph and Dan Newman wanted to find out how much emotional intelligence really influenced job performance. They compiled every systematic study that has ever tested emotional intelligence and cognitive ability in the workplace—dozens of studies with thousands of employees in 191 different jobs.

When Daniel Goleman popularized emotional intelligence in 1995, he argued provocatively that “it can matter more than IQ.” But just as I found with salespeople, every study comparing the two has shown the opposite. In Joseph and Newman’s comprehensive analysis, cognitive ability accounted for more than 14% of job performance. Emotional intelligence accounted for less than 1%.

This isn’t to say that emotional intelligence is useless. It’s relevant to performance in jobs where you have to deal with emotions every day, like sales, real estate, and counseling. If you’re selling a house or helping people cope with tragedies, it’s very useful to know what they’re feeling and respond appropriately. But in jobs that lack these emotional demands—like engineering, accounting, or science—emotional intelligence predicted lower performance. If your work is primarily about dealing with data, things, and ideas rather than people and feelings, it’s not necessarily advantageous to be skilled in reading and regulating emotions. If your job is to fix a car or balance numbers in a spreadsheet, paying attention to emotions might distract you from working efficiently and effectively.

If you felt intense negative emotions while reading this post, it’s an excellent opportunity to put emotional intelligence into action.

Step 1: recognize the emotion. Is it disgust? Probably not—that’s usually reserved for gross foods, sights, and smells. Is it hostility? More likely: hostility is anger directed toward other people.

Step 2: analyze the causes of the emotion. Why are you feeling hostile? Years ago, the psychologist George Kelly argued that hostility occurs when we are attempting to “extort confirmation of personal hypotheses that have already proved themselves to be invalid.” In other words, you might be feeling hostile because the data are clear that emotional intelligence has been overrated, but you don’t want to admit it.

Adam is the Wharton Class of 1965 Professor of Management and Psychology, and the New York Times bestselling author of Give and Take: Why Helping Others Drives Our Success. Sign up for his free newsletter on work and psychology at www.giveandtake.com/Home/Newsletter

A Job Is Not A Task

I'm rather skeptical about the studies you're referencing. You use the term "job performance" a lot. But job performance criteria can vary a lot from position to position, let alone between different professions and industries (e.g. engineering, accounting, and science). It makes me curious about what those studies were measuring with respect to "job performance".

You mentioned "jobs that lack...emotional demands," and listed: engineering, accounting and science. That's certainly the publicly accepted stereotype of those professions, but as I previously mentioned, circumstances can be very different from one position to another within the same profession. Many engineers work directly with clients and users to understand their needs, and ultimately develop technologies to fulfill those needs. Interacting with clients and users can be emotionally demanding.

Furthermore, unless you're working independently, you're going to be interacting with colleagues, which includes superiors and subordinates. Why aren't these interactions considered emotionally demanding? In a world where networking is lauded because who you know (supposedly) matters more than what you know, why wouldn't this factor into one's job performance? Surely this is emotionally demanding too?

Even engineers often work in teams. If you had a group of engineers with high IQ, but lacked the ability to regulate emotions, and accomplished nothing but bicker because they couldn't relate to one another, then how can they have good job performances?

Emotionally I feel quite good

Emotionally I feel quite good reading this post since it coincides with what I believe is true.

Realizing someone is frustrated but not being able to fix it doesn't really help anyone.

For me, this is the key phrase: "Let’s recognize it [EI] for what it is: a set of skills that can be beneficial in situations where emotional information is rich or vital." I just finished reviewing Kashdan & Biswas-Diener's great new book (which made your top books-to-read list as well) and I think there is a harmonized sentiment that's emerging from the fringes of the world of PP: let's recognize the benefits and the downsides and no one "thing" is the be-all and end-all of everything. Is there good in the EI research? sure there is. Will it fix all of your organizational problems? no way. And you can replace the phrase "EI research" with just about any other topic: optimism, resilience, growth mindset, happiness, character strengths, goal setting, willpower, mindfulness, and so on. Our lives are wonderfully complex - solutions to human matters should be as well.

It's certainly true that article responders can be unnecessarily angry. However not all hostility means that a hostile responder is aware that their beliefs are wrong on some level. Think of the hostility that demonstrators have used in civil rights or independence movements. Someone could also feel insulted, while still not perceiving a belief to have been successfully attacked.

It's not Rocket Science

You know what's a better indicator than either study on types of intelligence? Money. Pay your employees better than garbage, and I bet they'll act like they want to be there more. Pay them garbage, and they don't really give a flying eff about sales figures or their rich boss's nice pants swishing by. 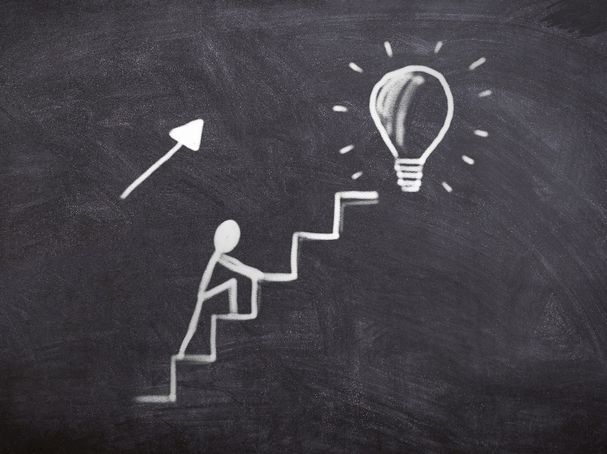 What Are the Benefits of a Learning Orientation? 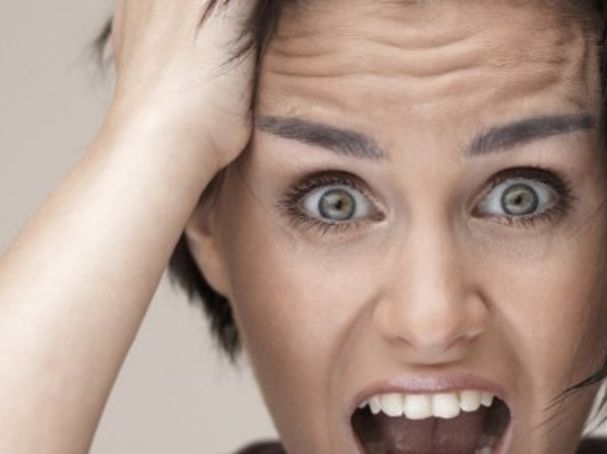 3 Ways to Stay Cool Under Pressure 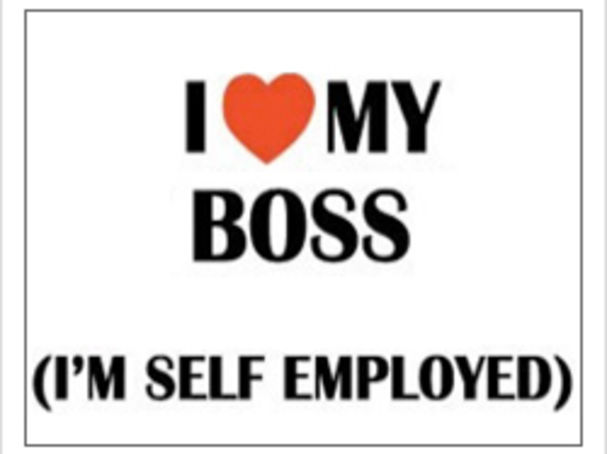 Are You Cut Out for Self-Employment? 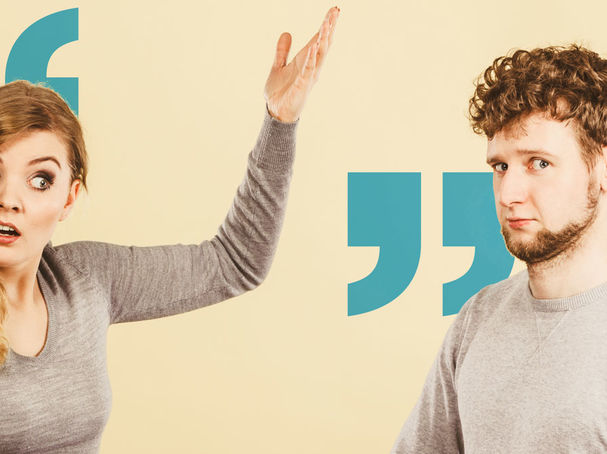 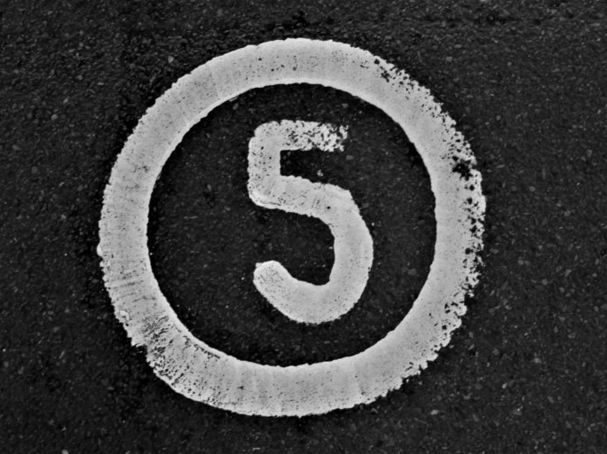 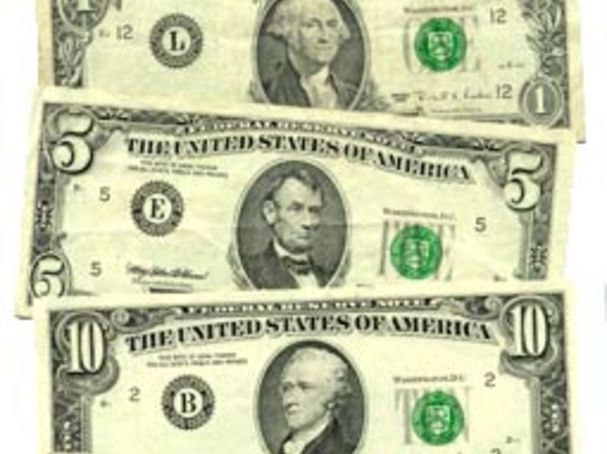 5 Reasons Why Money Is a Poor Work Motivator