A Step-Child's Guide to Step-Parenting

Comments from the teen's world

A Step-Child’s Guide to Step-Parenting

I first met my step-father when I was five, and my brothers were eleven and thirteen. He was not my step-father back then, of course, and would not officially marry my mother for another seven years, but within a year he had assumed the role of father figure. From the moment he hopped off the Greyhound bus and embraced my mom, I understood the relationship they had and the potential consequences of it.

For the next two years, I spent every other weekend with my biological father, and the rest of my time at home with my mom and her later-rather-than-sooner to-be husband. My step-father, bless his heart, was not born with an inherent ability to parent. He entered my life as a spry twenty-seven-year-old, in love with my mother and intimidated by three rambunctious kids. The last thirteen years of our relationship have seen his rocky transition from live in boyfriend to confident father – and boy, would it have been easier if he knew what we know now: the three key components of becoming the best possible step-parent from the get-go.

Step one in becoming the best possible step-parent is acknowledging and accepting the complexities of your new identity as a step-parent. Whether or not you have children from a previous relationship and are familiar with the ins-and-outs of parental responsibility, step-parenting is another beast entirely. The dynamic between a step-child and a step-parent is unique and complicated. Step-parenting requires transitioning from stranger to parental figure in the eyes of someone who has previously established parentage. While it is certainly possible, step-parenting lacks the ease of biological parenting. Generally speaking, birth parents are endowed with an inherent, insurmountable love and affection, gifted to them by their children before they are even capable of speech. Step-parents, on the other hand, have to overcome obstacles of time and unfamiliarity to create such a bond, just as kids themselves have to overcome wariness and uncertainty to accept a stranger as mom or dad.

Each family has its own story with its own peculiar complexities, but most have a moment in which the new boyfriend or girlfriend the kids see around the house twice a week becomes a parent. This moment could be literal, such as the wedding day or once adoption papers have been signed, or less explicit. For me, my step-dad leveled up, so to speak, once he began properly disciplining my brothers and me. He had lived with us for about a year and though he was an adult around the house, my mom was the parent. She worked three jobs and came home late most nights, while I spent a lot of time fighting with my older brothers – like, a lot. My step-dad, not yet married to my mother and unsure of his limitations, ran little interference. Once my mom walked through the door, he was free of the burden, and she would settle the disputes – who had pulled whose hair, why was Amelia crying, and how was Tyler’s favorite toy broken? Over time, my step-father became increasingly comfortable in his role and embraced his responsibility to parent independent of my mom, until we were as apprehensive of fighting in front of him as we were my mom.

Discipline, of course, is not the only way to express parental authority. It can be easy to misjudge situations and overact to conflicts, but, for my brothers and me, it was a key component in our seeing our step-dad as a father. Smaller acts of parentage, such as signing school forms, packing lunches, and acting chauffeur, have similar effects on the step-parent/step-child relationship. In short, if you embrace your parental responsibility, then your step-kid(s) will embrace your parental authority.

Schedule alone time with your step-kid(s)

This may seem obvious – every parent should spend time with their kids, right? – but it is so key to forging a durable relationship with your step-child(ren). As previously mentioned, kids have an instinctual and time-hardened relationship with their biological parent(s). Biological parents are around us from birth, with little separation until adulthood. As such, considerably less thought and effort goes into spending time with someone you have been with since before you can remember.

Being the generally shy, quiet kid I was, my early years were spent clinging to my mother’s side and avoiding one-on-one interaction with my step-father at all costs. Without my mom as a buffer, practicing tennis, playing video games, and attending car shows together was painfully awkward at first. Hanging out with my new step-dad was, frankly, not something I looked forward to for a long time, but the persistence and effort put forth by both ensured that that time paid off in the long run. Believe me when I say it is possible to live around someone and not with them; make an effort.

Find common hobbies or interests you share with your step-kid(s). If none exist, then try something new together. Sports, for example, provide something to do with one’s hands, while attending a festival or museum allow for easier conversation. Setting a weekly breakfast or movie date is also a good idea, as the ease of routine compounds to establish comfort and familiarity. Regardless, the activity itself is not important; the alone time is. In order to distinguish yourself as a parent independent of your partner, the onus is on you to create memories and experiences with your kids independent of said partner.

Facilitate your step-kid(s)’s relationship with your biological counterpart, if it exists

Families and the relationships that comprise them are messy. Every family has their little dramas and intricacies, and divorce is, unfortunately, an unbelievably common complication. Your average step-child could have, potentially, four parents – two biological parents and their respective spouses. While this certainly is not the case for everyone, if a child has a pre-existing, positive relationship with your counterpart, it is paramount that you enable its continuation.

Similar to divorce, the acquisition of a step-parent, or a parent’s remarriage, can thrust kids into the middle of tense adult relationships. It is easy to feel pulled between parents, and that pull breeds anxiety and resentment. Step-parents, despite what movies would have us believe, are not in competition with their spouse’s ex for a kid’s love and affection. Rather, they are a part of a whole. As a new step-parent aiming to grow your relationship with your step-child, you are responsible for mitigating the ill effects of separation and remarriage. Incorporate everyone into family gatherings, and allot all parties relatively equal time. Doing so alleviates children of the stress and pressures of navigating tumultuous relationships and choosing between parents. It is the adult, kind thing to do, regardless of personal dislike.

On a related note, it is important to not stress ‘mom’ or ‘dad’ titles. This pertains especially to those who were referred to as something else before (i.e. a first name) or have older step-kids. In the same way that one transitions from the use of a name to a nickname, transitioning from a first name to mom or dad is a process. Children are raised to call their moms ‘mom’ and dads ‘dad.’ Stereotypically, they are the first words out of our mouths and the first tangible emotional attachments we create. Titles are not indicative of one’s love or acceptance. Rather, they are the result of years and years of habit and association. Just as you would not pressure a significant other to say “I love you” before they are ready, you should not worry yourself or your step-kid(s) with what they choose to call you.

There will always be unique relationship dynamics in a family that change the approach one can or should take in establishing a bond with their step-child, but the vitality of time and effort is universal. Be mindful of the delicate, often times awkward situation step-children are placed in, and respond accordingly. Empathy and authenticity go a long way in becoming a trusted, respected, and loved parent.

Reflections by Paul C. Holinger, M.D.
Here is a very wise essay by Amelia Watkins about her experiences as a step-child having a step-father.

Guest Contributor
Amelia Watkins
Amelia Watkins is an eighteen year old college student pursuing a degree in journalism and environmental science. She is the youngest of three children, and has a passion for writing.

Paul C. Holinger, M.D., M.P.H., a psychiatrist and psychoanalyst, is a professor of psychiatry at Rush University Medical Center and author of What Babies Say Before They Can Talk.

In Print:
What Babies Say Before They Can Talk: The Nine Signals Infants Use to Express Their Feelings
Online:
Parenting & Child Resources, Twitter, Facebook

Promoting Empathy in Our Kids (And in Ourselves) 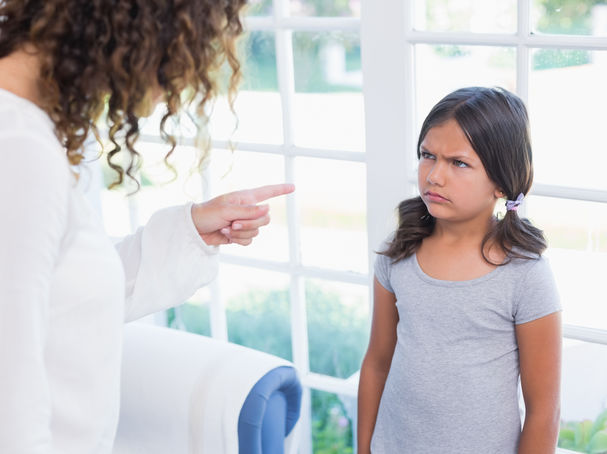 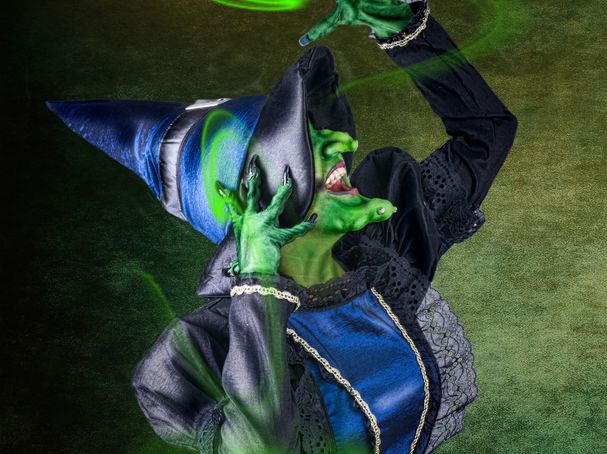 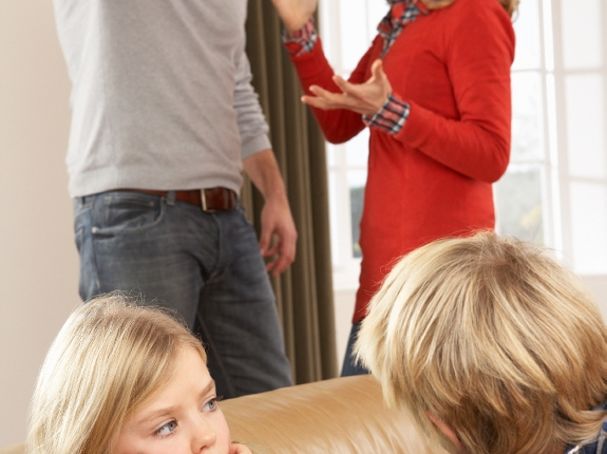 When Parents Date Someone New, What's Best for the Kids?

How Parental Divorce Can Impact Adolescence Now and Later 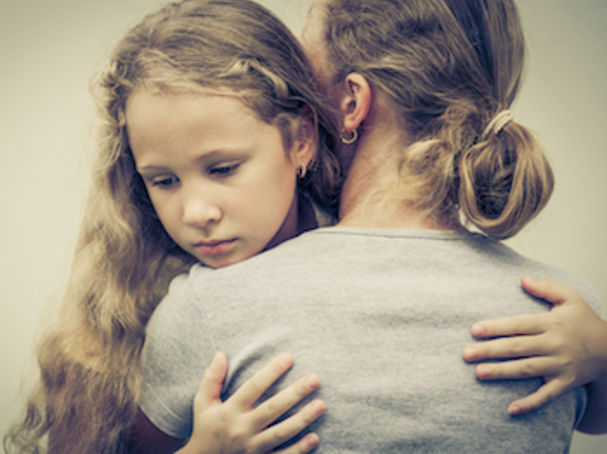 Seven Challenges of Being a Single Mom 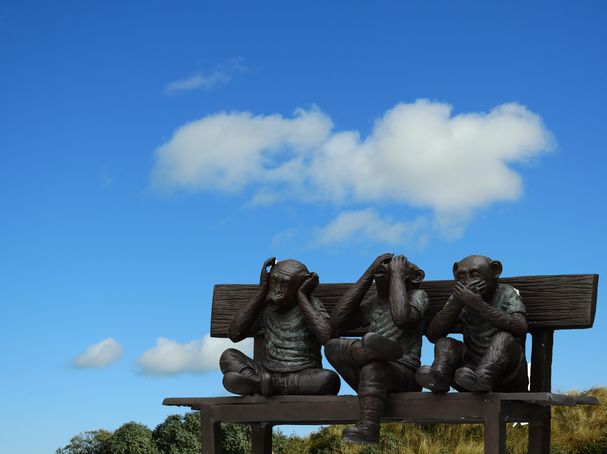 How to Talk About Your Ex to Your Kids