Is This For Real?

My friend is doing really strange things during sleep, and I’m not sure I buy it

I was hoping I could get your professional opinion on something.

I'm a college junior, and around a year ago, a few acquaintances of mine introduced me to a strange concept. One of the girls claimed to have performed it... it sounds rather impossible to me, and I have doubts as to the legitimacy of it. Here's what she claimed to have experienced:

Originally, the plan was for her to lucid dream. She heard it was possible to experience lucid dream through the process she performed:  lying down in a dark room without any movement, and having the ability to control her dreams after feeling a light weight on her chest. Supposedly she would have an out of body experience and be in a state of aware dreaming. That isn't what happened.

She would do as described above (laying in a dark room, etc.) and then after around 20 minutes of no movement, she would rise and start acting insane. She would say insane things, do strange things, and be in a strange state. Once, she tried juggling glasses and then got mad and threw it on the ground, laughing ten seconds later. I'd discovered that to get her to her normal state, I needed to make her fall asleep. When she fell asleep, she would awaken on her own a few moments later without any memory as to what had happened.

I was convinced it was possible for a while, except I realized it was a questionable practice. Acting out dreamed hallucinations in an apparent heightened sleep, while not sleeping, and not being able to remember it? It doesn't seem logical. I've avidly searched the internet and found nothing comparable to such a thing.

In your professional opinion, do you think it's possible, or is a made-up ploy for attention? Thank you for any thoughts you may have on this. 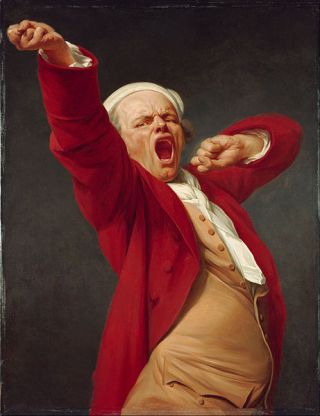 What you describe sounds very strange indeed, and doesn't align with what I know about sleep and confusional arousals, which typically arise out of deep sleep. In confusional arousals, parts of the brain remain firmly ensconced in deep sleep while others awaken, hence the bizarre behaviors that are not remembered the next day. While it is possible to awaken someone who is having a confusional arousals (someone who is sleep walking, for example), it can take several minutes of effort as the remnants of sleep are turned off in the brain. Alternatively, many people experiencing confusional arousals are led back to bed where they return to sleep, and continue to sleep for several more hours. I haven't come across people who fall back asleep and awaken spontaneously after a few minutes as you describe.

It is true that having something that interferes with your ability to fall completely into a deep sleep such as anxiety or physical discomfort can serve as a trigger for a confusional arousal. Therefore, falling asleep with a weight on your chest might conceivably trigger a confusional arousal. However, what you are describing sounds different from confusional arousals which, similar to the dream state which exists in deep sleep (and different from that which is present in REM sleep) are generally quite vague in intention. While possible that what your friend is experiencing are, indeed, confusional arousals, it seems more plausible that she in fact has conscious—and full-control of her actions and behaviors, meaning that as you suspect, what you are seeing is arising from a state of wake, and not of sleep.

Help your child get a great night's sleep with:

Your Mother Was Right (Again!)

Why Cleanliness Is Not Always Next To Godliness

Chalk one up to the hygiene hypothesis

The Effect of Napping on Toddlers’ Nighttime Sleep