The Racial Wealth Gap Is Not Improving, But We Think It Is 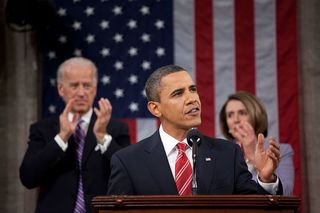 Here's an interesting hypothetical. If you were asked to predict the magnitude of the racial wealth gap in 1963 versus 2016, what would you say? Has it improved, stayed the same, or gotten worse?

This was the focus of a new article appearing in the journal Perspectives on Psychological Science. Specifically, a team of researchers led by Michael Kraus of Yale University asked a sample of nationally representative American adults to compare the average black family's wealth to the average white family's wealth at different points in time. The discrepancy between people's perception of the wealth gap and the true numbers is alarming, to say the least.

In other words, people believe that racial economic inequality is relatively small and that it has been getting better over time. In reality, neither is true.

And, it's not just black people who receive the brunt of the misperception. The same pattern is observed when comparing perceptions of economic inequality between Latinx people and whites. (The underestimation of inequality applies to Asians too, but to a much lesser extent.)

What might be responsible for the massive divide between perception and reality? While there are likely many factors at play, the researchers point out that people who underestimate the size of the racial wealth gap are also more likely to endorse the belief that we live in a just world (i.e., that society is fair and people generally get what they deserve). The misperception might be driven by people's motivation to view the world as they'd like it to be, not as it actually is.

Beyond that, it might just be that people simply don't know any better.

The researchers contend that the misperception needs to be corrected if progress is going to be made to close the racial economic gap. They write, "The observed ignorance of the size of the wealth gap [...] provides a significant challenge for any progressive economic policies. [...] If racial inequality is rapidly and even naturally decreasing over time, as the public seems to believe, then racially progressive economic policies have no basis for political support and no space in public discourse."

LOCAL HERBS THAT CURED MY GENITAL HERPES VIRUS
I was cured from Genital Herpes with doctor Ahmed Usman Herbal medicine which is safe, active and very affordable within 21 days and my result was confirmed negative with no trace of the virus on my blood. I came across one of his patient testimony on the internet with the doctor email address, I contacted the doctor with the email provided by the patient and he replied and told me about the herbal medicine procedure which I did and he sent the herbal medicine to me after preparation and with his prescription I was cured. contact the doctor for your cure through his email; drahmedusman5104@ gmail. com or Text/Call +2348064460510 he told me that he has herbal medicine for Breast Cancers, Hair loss, fibroid. diabetes and Asthma.

Hi Friends i am so glad to writing this article today to tell the world how Dr Omolowa cured my HSV VIRUS,i have been detected with HSV-1 AND HSV-2 since two years ago, ever since then my life has been in complete bizarre and agony,i have used so many drugs that was prescribed to me by several doctors,but it didn't cure my HSV VIRUS neither did it reduce the pain,until a certain i was checking for solution in the internet,then miraculously came across Dr Omolowa the powerful herbalist that cure numerous individuals HSV-1 AND HSV-2 INFECTION,then i contacted his whatsApp number at +234‭7014035034. I explained everything to him and prepared a cure that cure my HSV-1 AND HSV-2 disease totally after receiving his herbal medicine, so my friends viewers why wait and be suffer when there is someone like Dr Omolowa that can cure any disease HIV/ CANCER/ HEPATITIS B VIRUS, you can contact his via : WHATSAPP +234‭7014035034 GOD BLESS YOU ALL? Herpes, Asthma, Cancer, HSV1, & HSV2, Diabities , HIV/AID GENITAL WARTS, GENITAL HERPES,HSV 1AND2 ETC.
Have a nice day.

Depends on how viewed

"Though the rationale behind it is powerful, the gap-lens, taken to its logical end, borders on the absurd. Imagine we had a button that doubled the amount of everything good for each racial group and halved the rate of everything bad—so, black wealth doubles, white wealth doubles, black incarceration is halved, white incarceration is halved, and so on. As we pressed the button repeatedly, America would increasingly approach utopia. Yet the racial gaps—that is, the ratios between black and white outcomes—would remain unchanged."

I agree with Coleman Hughes

How i got cured

Hello everyone. Dr. Osalu Herbs is a good remedy for herpes Virus , I was a carrier of herpes virus  and I saw a testimony on how Dr. Osalu cure Herpes Virus, I decided to contact him, I contacted him and he guided me. I asked him for solutions and he started the remedies for my health. After he finish he sent me the herbs which i took for 2 weeks before asking me to go for a check up and getting there i could not believe that i was confirm HSV 2 Negative after the test,Today i am so happy because i'm free from herpes disease with the help of Dr. Osalu  Thank God now everything is fine, I'm cured by Dr. Osalu herbal medicine, I'm very thankful to God for making it possible. you can reach him on his email, i strongly recommend him to any one out here looking for a cure . drosaluherbalhome @ gmail . com or call/whatsapp +2348078668950.

Time to give up on them forever

Trillions have been burned already on this failed race. Stupid liberals can't buy off lower IQs, a propensity for violence and no future-time orientation even when they use your money.

I am so happy how Robinson Buckler cured me from Herpes virus and Hepatitis-b, since 4 year ago i was effected with herpes simplex virus 1 and hepatitis-b, and i have taken all manner of drugs prescribed to me by several doctors,but all my effort was wasted,i cried all day thinking on how i can be cured of this illness, i lost hope while i was looking for solution for my health,but one faithful day, i was searching the internet i came across several testimonies about Robinson Buckler,and how he has cure so many effected individual ,so i try and contact his email and asked him for solution about my herpes simplex virus 1 and he started the preparation to my cure,to my greatest surprise after two weeks, i was totally cure by his powerful herbal medicine,i never believe that i could be cure from this wicked disease until i met Robinson Buckler i’m very grateful to you and i know your herbal medicine will save more millions of lives. his email Address Robinsonbuckler (( @ yahoo )). com, Whatsapp phone number +1 (502) 443 8691....

Research examines the link between selfies, body image, and self-esteem.

Why We Tend to See the Best in People

New research explores why some photographs are more attractive than others.

New research explores the development of loneliness in midlife and old age.