Why Adolescence Can Be the Harder Half of Parenting

As teenagers push for more freedom to grow, parenting is more complicated to do 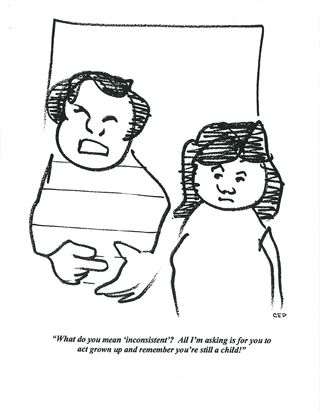 Moms and dads who were pretty confident in their parenting skills with a child (up to about ages 8-9) often become less so when she or he starts adolescence, that journey of growing up that often doesn’t end until a little after the college-age years.

What follows is NOT to say that parents are destined to go through some kind of agony during their child’s adolescent passage.  This notion simply isn’t true. The popular stereotype of the “terrible teenager” is mostly false.

This said, there will be adolescent changes to grow through because an adolescent is no longer a child.  Developmental redefinition must occur. One dad described adolescence as “the darker years,” by which he only meant compared to the “brighter years” of childhood when the young person was easier to understand, get along with, and simpler to parent.

So what follows describes six common adolescent changes that can cause more parental perplexity and insecurity; and in describing each, responses are suggested that can maybe help parents find their way.

One common outcome for parents is grief at losing the magical and entrancing childhood person they miss. They will never have their adorable and adoring little girl or boy again. It’s like the adolescent, in words and actions, is declaring: “I no longer want to be defined and treated as just a little child anymore.”

It can be hard losing the old close attachment that secured the young child’s basic trust in dependency on them. So, observing his daughter showing signs of becoming a more restive teenager, one dad sadly invoked that statement from The Wizard of Oz: “This isn’t Kansas anymore!” Or consider the mom of a changing little boy, who wondered: “Who stole my child?” It’s best to mourn the loss of that entrancing time in their early relationship, in the process being grateful for the endearing time that was given. Now they must let go and move on.  They must embrace the next role in their parenting -- helping the young person grow up to young womanhood or young manhood, an equally moving and magical time, but in another way.

One common outcome for parents is loneliness from the young person pulling away from primary attachment to them into the increasingly important companionship of peers that often competes with time with family. In words and actions, the young person seems to be declaring: “I can only be okay with myself when I have sufficient time with my friends.”

It can be hard having the teenager pull away into the more salient company of peers, even when knowing that adolescence is no time to socially go it alone. So, as the adolescent grows more distant, parents confront another challenging question: “How can we stay caringly connected as adolescence increasingly grows us apart?” To do so, parents need to continually create positive choice points for meaningful companionship and satisfying engagement. They need to keep issuing small invitations into casual and enjoyable companionship together – sharing some activity both like to do, having some kind of fun together like taking in a movie or a meal together, working together on something both value. And they should not be deterred by rejection, but keep creating these choice points ongoing because some will be accepted, and when they are a positive connection is made.

One common outcome for parents is discomfort with unfamiliar images and tastes that fascinate the young person who tries on and off an increasing diversity of trial (not terminal) interests to see what suits their changing identity at the moment. It’s like the adolescent, in words and actions, is declaring: “I need to keep trying out different definitions to discover the person I want to be.”

It can be hard watching youthful self-definition, cultural interests, and social identity change in ways that feel foreign to parents. So, as the young person tries out new ways of expressing individuality, parents often find their tolerances tested. “What should I accept and what should I discourage?” is another challenging question. Now the generation gap between them and their teenager can start to grow, creating ignorance that can estrange the relationship. It’s best for parents to bridge these unfamiliar differences with interest, expressing curiosity and requesting instruction to gain an understanding of their changing teenager. “Can you tell me some about that show (music, or computer game) you enjoy to help me appreciate it too?”

Adolescence requires opposition to operate more on one's own terms.

One common outcome for parents is fatigue from the increasing active resistance (argument) and passive resistance (delay) that the adolescent now more frequently expresses in response to their requests, demands, and limits.  It’s like the adolescent, in words and actions, is declaring: “To be more self-determined, I will test and contest what I am told to do and not to do.”

It can be hard encountering increasingly frequent disagreement from a teenager who was more readily compliant as a child. Now parents often have to work longer and harder to get what they demanded or asked for. “Should I engage in conflict, avoid it, or just shut it down?” is another challenging question. It’s best for parents to avoid the trap of treating conflict as a competition and the adolescent as an opponent because that approach can lead to striving to win at all costs and power struggles that risk emotional words or actions that are later regretted. Rather, treat conflict an opportunity to constructively communicate about a difference in the relationship, and treat the teenager as an informant who reveals herself or himself through expressing disagreement that a parent needs to know. Steadfastly, hear it out, talk it out, and work it out.

One common outcome for parents is anxiety about the adolescent’s curiosity and temptation to try out forbidden or dangerous or adult-like experiences, particularly in the company of peers, which can lead to serious harm.  In words and actions, the young person seems to be declaring: “If older and more adventurous people can try these exciting things, then so can I.”

It can be hard to watch the adolescent's curiosity drawn to older risk-taking for the growing excitement of the experience. They must confront another challenging question: “How can we protect against what we cannot control?” Since this desire for growth cannot be long denied, it must be informed, and parents must do the informing, talking about how to safely manage more dangerous behaviors, like the three D’s in high school, for example – dating, driving, and drinking. In addition, parents can coach the teenager to slow down long enough to think before plunging into an adventure by asking themselves some basic cautionary questions. “Why would this activity be rewarding? What are the possible risks? Are the risks worth the rewards? And if proceeding, should things go wrong, what is my back-up plan?”

Adolescence requires privacy to protect one's sense of self.

One common outcome for parents is becoming more ignorant of what is going on in their teenager’s internal and external worlds of experience. As the young person grows older they tend to become less fully disclosing with parents about what is going on in their life, partly to protect personal freedom and partly so they don’t interfere. It’s like the adolescent, in words and actions declaring: “My parents keep better in the dark.”

It can be hard to manage their need to know without demanding information. Here the challenging issue is: “Should I ask or not ask?”  Many times parental questions seem to shut down more communication than they open up. Why?  The answer is because questions are invasive of privacy and emblematic of adult authority and so are resented and resisted on both counts. So, it can help if parents rely less on questions when wanting to find something out and to employ courtesy by making a request instead. A request recognizes the teenager’s right to tell or not to tell, and a young person can appreciate this consideration. A request might sound like this. “It would really ease my mind if you could describe a little more about what happened.” “I would really appreciate knowing about your new interest so I could better understand.”  In addition, parents can always offer an explanation for their inquiry. "I'm wanting to know a little more so I can worry a little less."

Finally, it’s helpful to remember that not only is their child’s adolescence often the harder half of parenting for them; they are usually growing harder to live with for their teenager. Now parents can be increasingly difficult to get along with when they more frequently become emotional, impatient, prying, critical, worried, or tense.

Worth keeping in mind is that adolescence doesn’t just change the child. It changes the parent in response.  And in both ways, it alters the relationship between them, creating a somewhat harder time for each.

The outcome can be that just as adolescence can often be an act of courage for the teenager daring to explore and experiment with the unknown, it can also often be an act of courage for parents.  They must increasingly decide when to hold on and when too let go in response to requests for more freedom to grow. Courage is required for them either way. When they dare to hold on, they must brave adolescent displeasure with their refusal. When they dare to let go they must brave adolescent risks allowed by their permission.

Compared to parenting a child, parenting an adolescent can feel more challenging to do. Loss, independence, differentiation, opposition, experimentation, and privacy can make this greater hardship for parents so.

Next week’s entry: Parenting Adolescents and the Doing of Homework 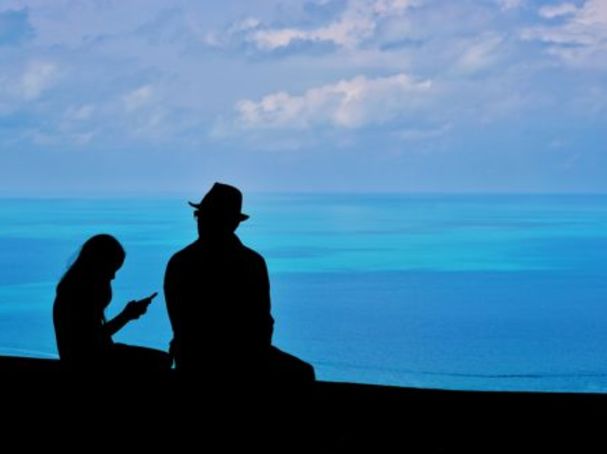 3 Ways to Change Your Parenting in the Teenage Years 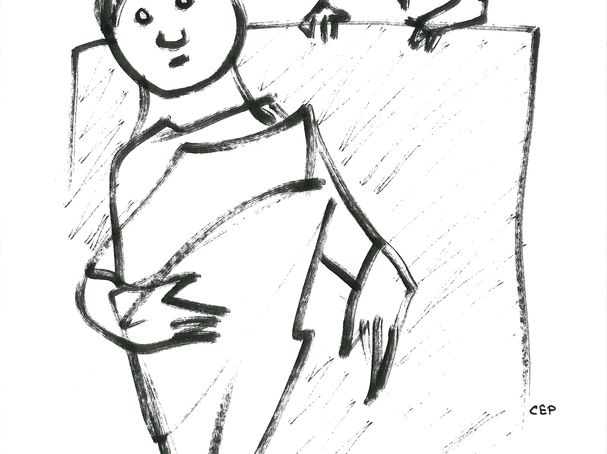 Adolescence and the Powers of Parental Supervision

The Link Between Light at Night, Depression & Suicidality 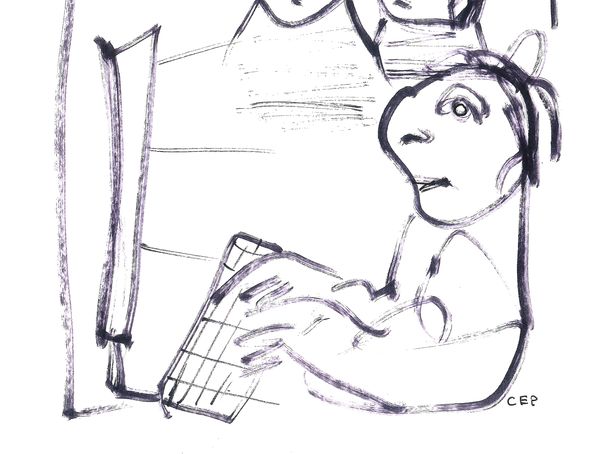 When Parents Name-Call Their Adolescent

The Importance of Self-Disclosure for Parents and Adolescents 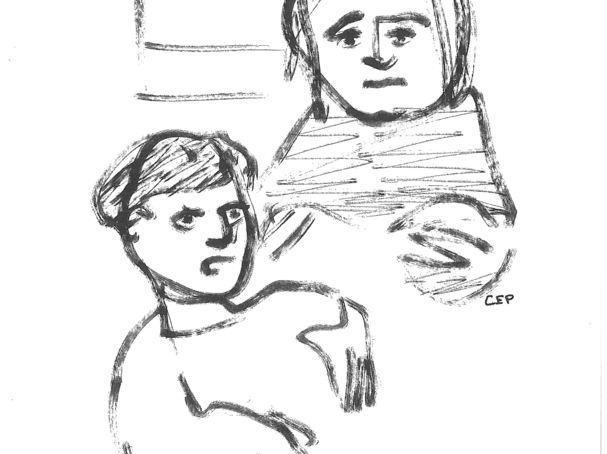 The Power of Parental Listening to their Adolescent 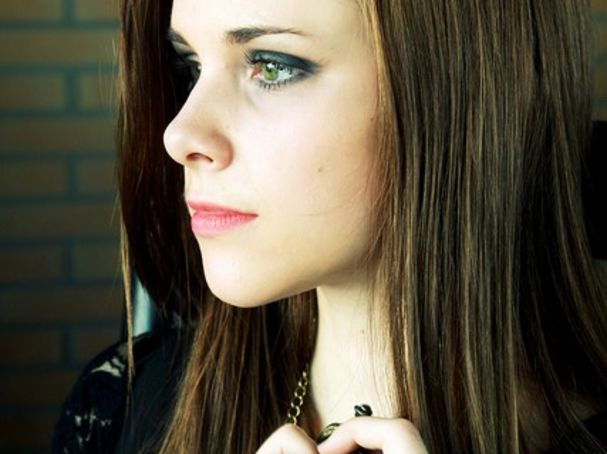