Part 5: Do psychics really see an aura around other people?

I described how my OBE turned into a mystical experience in a previous post and how when I finally got more or less back to normal, I could see or feel auras around myself and my friends. I had heard of the occultist’s aura, the colourful display that psychics claim to see around other people’s bodies, so I assumed this was what I was seeing. But was it?

Psychics claim that the colours they see reveal a person’s personality, their hopes and fears and even their future. The spirit medium, Ursula Roberts, who died (I mean ‘passed over’) in 1996, described auras as like the skins of an onion. The etheric body forms just an outline around the physical, appearing as silvery radiance in the healthy but a dull grey in people who are tired or ill; the astral or psychic aura is larger and colorful; and the even greater spiritual aura is ‘radiated by souls who consciously send out healing, light, and loving thoughts, through...their spiritual will’ (Roberts 1975, 8).

According to Besant (1896) and Leadbeater (1895), clear blues are the colors of spirituality and yellows reveal intellectual development. Pride shows up as bright red while selfishness and depression are various shades of brown.

I recently looked into just one color, yellow, in a variety of books and websites. One site divides yellow into different shades that can mean spiritual inspiration, fear of loss, or latent psychic abilities. Another claims that “Yellow Aura people are analytical, logical and very intelligent.” A Reiki healing site relates yellow to the spleen and ‘life energy’ and, copying some of the previous site word for word, lists so many possible characteristics that any reading becomes meaningless.

Delving more thoroughly into aura colors, psychologist Andrew Neher (2011 p 188-9) found many incompatible claims. For example, the famous psychic Edgar Cayce describes red in the aura as increasing with over-work to the point of nervous breakdown, while Ursula Roberts claims that “the colour of earthly love is red”.

In principle, if auras could reliably be seen, these claims could be tested. For example, aura-seers could record the colors and sizes of the auras of a group of volunteers and then psychologists test the volunteers for personality type, stress, happiness and so on.

IQ is easy to measure, and tests could show whether people with yellow in their auras score higher. If consistencies were found we might be able to tell which psychics were accurate, and even train people to see auras, turning aura-reading into a useful psychological tool.

None of this has happened.

A different kind of aura test has been damning. This is Charles Tart’s ‘doorway test’ designed to find out whether there is any sense in which auras are actually present in the space around a person’s body.

The idea is very simple. If a psychic can see a person’s aura sticking out around their body then they should be able to see that aura whether or not the body is visible as well. So Tart (1972) suggested the following test, shown in the illustration. 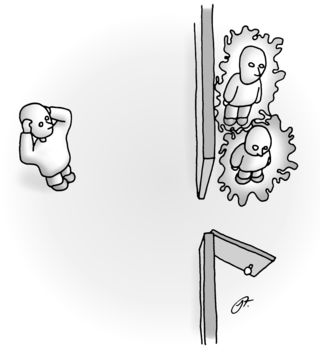 First a psychic (let’s call him Jim) is asked whether he can clearly see the aura of a target person (we’ll call her Julie). If he confirms that he can, he stands facing an open doorway while Julie goes through the doorway and stands behind the wall. She then takes up one of two positions: In position (A) she is well away from the edge of the doorway and so neither her physical body nor her aura should be visible to Jim; at position (B) she stands very close to the edge of the doorway, so Jim still cannot see her physical body but he ought to be able to see her aura sticking out past the side of the doorframe.

For a good experiment, Julie should take up each position several times, an experimenter choosing the position randomly so that Jim cannot guess where she is likely to be. All Jim has to do is say whether he sees Julie’s aura or not. Tart and Palmer (1979) tried this test with the well-known psychic healer, Matthew Manning, but in ten trials he was no more accurate than would be expected by chance.

I have also tried this test with no success, as have others. In another test, ten aura-seers were tested along with a control group (Gissurarson & Gunnarsson 1997). Four screens were placed in a row and an experimenter stood behind one of the screens. The aura-seer then came into the room and had to say which screen had someone hidden behind it.

Each group completed 18 sessions of 40 trials each and the results were clear. The aura-seers chose the right screen 185 times and the control group 196 times. Neither total is significantly different from the 180 expected by chance guessing.

The same idea has been used on TV, and in 1991, I took part regularly in a TV series called “James Randi: Psychic Investigator”. James ‘The Amazing Randi’, now in his nineties, is an ex-magician and perhaps the most famous skeptic ever, well-known for his offer of a million dollars to anyone who could prove a psychic claim (no one has ever succeeded).

For this show, he would stride onto the glitzy stage in his flowing black cape and put various psychics to the test, including an aura-seer. 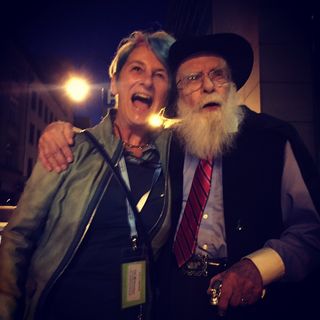 First, he asked her to look at a group of people and say whether she could see their auras around and above their heads. She said she could and agreed that the test was fair. This is an important step in testing psychics because there’s no point testing a claim they are not making.

On stage was a row of screens just taller than the people, so that if they stood behind them their auras should still be visible over the top. Some screens had a person behind and some did not. The psychic could not tell which.

In a similar TV show in the USA, the Berkeley Psychic Institute sent their top aura-reader to try the same test and again she failed, claiming to see auras above twenty screens when only six had someone standing behind them (Carroll 2003).

These tests together prove that auras are not physically present in the way that most aura-seers say they are. So what is going on when people, myself included, seem to see an aura around someone else? Another claim involves Kirlian photography, and other experiments explore the psychology behind aura-seeing. I’ll consider these in my next post.

Besant, A. 1896 Man and his bodies, London, Theosophical Publishing House

Gissurarson, L.R. and Gunnarsson, A. 1997 An experiment with the alleged human aura. Journal of the American Society for Psychical Research, 91, 33-49

Roberts, U. 1975 Look at the Aura - and Learn, Greater World Association

Tart, C. T. 1972. Concerning the scientific study of the human aura. Journal of the Society for Psychical Research.

I’ve been reading about “biophotons” for a seemingly long time.
But an MIT article makes clear that cells produce too few to engender form such as a human aura. Theoretically, biophotons could provide an empirical foundation. They may be necessary but not sufficient to produce human auras. But as your article makes clear, empirical investigations will be the final arbiter.
I’m open-minded on this and don’t have strong beliefs either way. My main topic of interest remains the nature of consciousness. 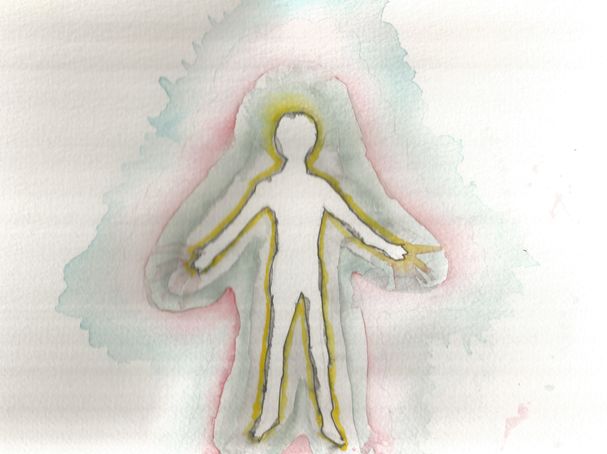 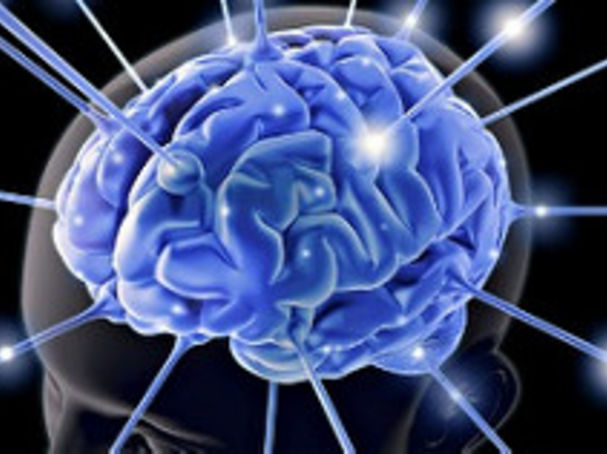 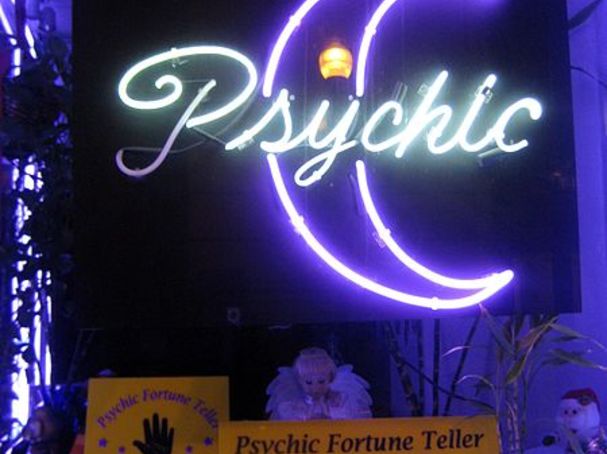 Is There A Scientific “Taboo” Against Parapsychology?

What Is the Allure of the Paranormal in Our Scientific Age? 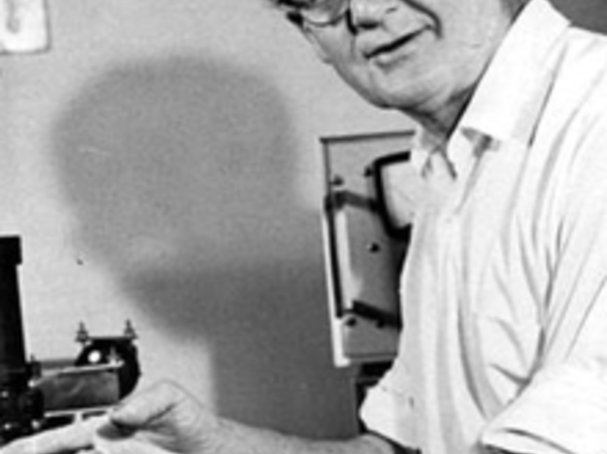 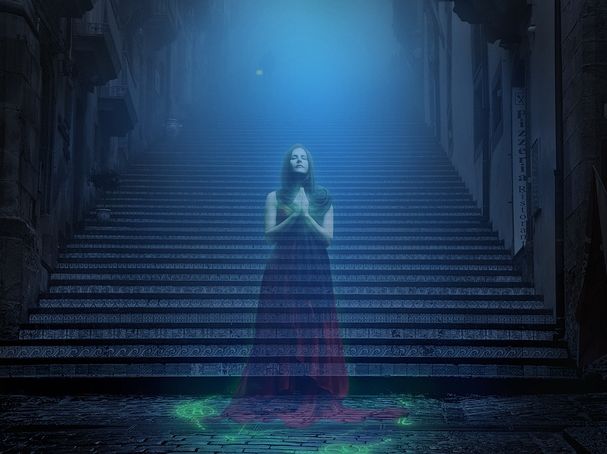