Want to Improve Your Cognitive Abilities? Go Climb a Tree!

Activities that engage proprioception and the cerebellum benefit working memory. 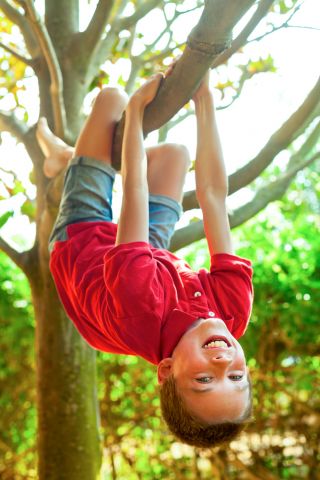 A new study has discovered that physical activities, such as climbing a tree or balancing on a beam, can improve cognitive abilities.

The new study was led by Drs. Ross Alloway, PhD and Tracy Alloway, Phd from the Department of Psychology at the University of North Florida (UNF). This study is the first to show that proprioceptively dynamic activities, like climbing a tree, done over a short period of time, can improve working memory, which is required for the active processing of cognitive information.

The July 2015 study, “The Working Memory Benefits of Proprioceptively Demanding Training: A Pilot Study,” was published in the journal Perceptual and Motor Skills. The goal of this study was to investigate the effect of proprioception on working memory.

For this study, the Alloways recruited adults ages 18 to 59 and tested their working memory. Next, they undertook proprioceptively dynamic activities, which required proprioception and at least one other element, such as locomotion or route planning.

Proprioception is the sense of the relative position of neighboring parts of your body and the strength and coordinated muscular actions necessary to maintain balance and fine-tuned motor skills.

What Is the Link Between Proprioception, the Cerebellum, and Working Memory? 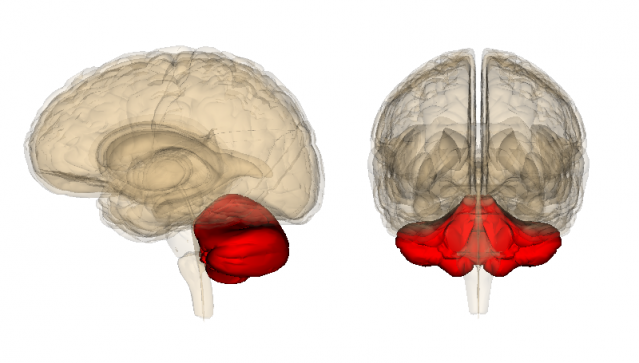 The cerebellum is largely responsible for coordinating the unconscious aspects of proprioception. The brain integrates information from proprioception using all four brain hemispheres. More specifically, the vestibular system keeps track of your overall sense of body position, movement, acceleration etc.

The new findings suggest that working memory improvements can be made in just a couple of hours of physical exercises that require dynamic proprioception.

In a press release, Alloway said, "Improving working memory can have a beneficial effect on so many areas in our life, and it's exciting to see that proprioceptive activities can enhance it in such a short period of time."

The researchers of this study don't discuss the cerebellum specifically. However, they hypothesize that one possible reason that proprioceptive training yields significant working memory gains might be related to the fact that proprioceptively dynamic training requires various brain functions.

The experiment involved proprioception and at least one other factor—such as locomotion or navigation—at the same time. Alloway believes that this multi-faceted brain engagement may have contributed to improved working memory performance. 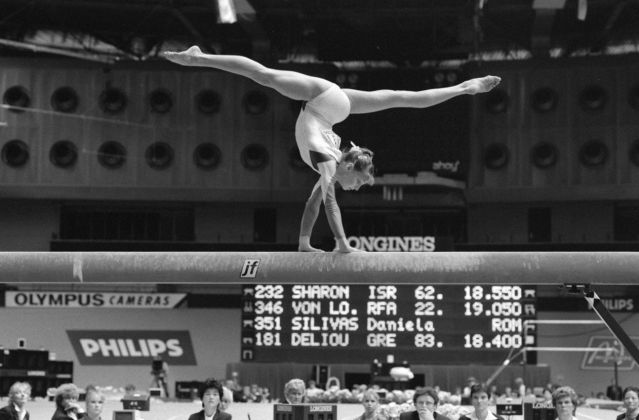 In the study, the proprioceptive activities included climbing trees, walking and crawling on a balance beam, or moving while paying attention to posture, running barefoot, navigating over, under and around obstacles, as well as lifting and carrying awkwardly weighted objects. After two hours, the researchers tested working memory again and found that working memory capacity had increased by a dramatic 50 percent. 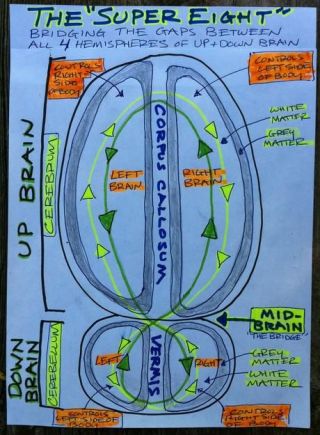 The findings show that healthy adults who undertook acute, proprioceptively demanding training considerably improved their working memory scores in comparison to the classroom and yoga groups.

Proprioceptively dynamic activities put greater demand on working memory than either control condition because as the environment and terrain changed, each study participant needed to recruit more working memory to update the incoming information and adapt accordingly.

Although the yoga control group engaged in proprioceptive activities that required awareness of body position, the type of yoga they were performing was basically static. Also, the yoga postures were performed in a small space, which didn't allow for locomotion or navigation. I suspect that other types of yoga, performed under different circumstances, would improve working memory.

Conclusion: Engaging Proprioception and the Cerebellum Has Cognitive Benefits

Although the Alloways didn't delve into the neuroscience behind their findings, I have written extensively on other research that links proprioception, motor skills, the cerebellum, and aerobic activity with improved cognitive function and working memory. In a press release, Ross Alloway summed up the relevance and practical applications of his study saying,

This research suggests that by doing activities that make us think, we can exercise our brains as well as our bodies. This research has wide-ranging implications for everyone from kids to adults. By taking a break to do activities that are unpredictable and require us to consciously adapt our movements, we can boost our working memory to perform better in the classroom and the boardroom.

If you'd like to read more on these topics, check out my Psychology Today blog posts:

The Athlete’s Way ® is a registered trademark of Christopher Bergland.

Thank you for sharing our research here. 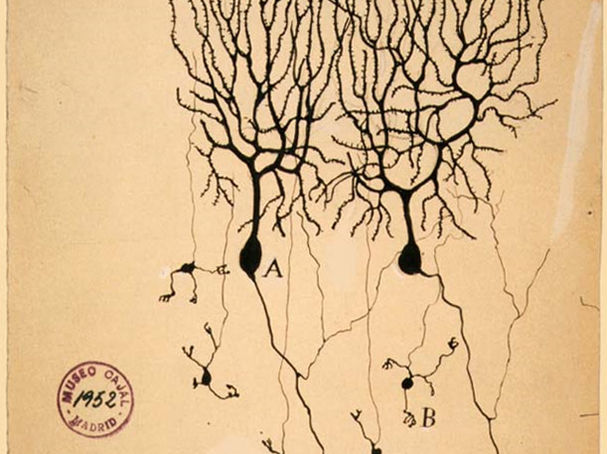 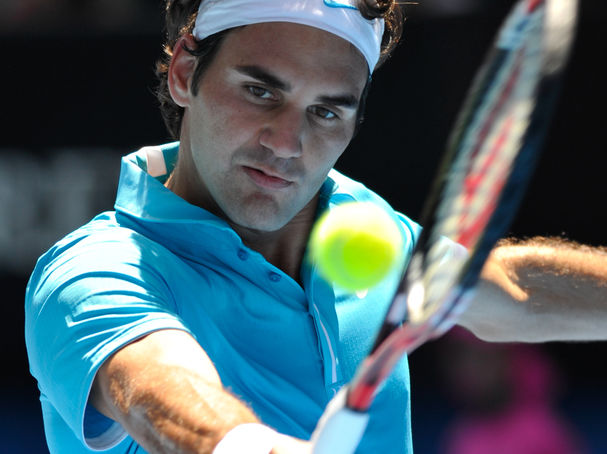 How Does Your Cerebellum Counteract "Paralysis by Analysis"? 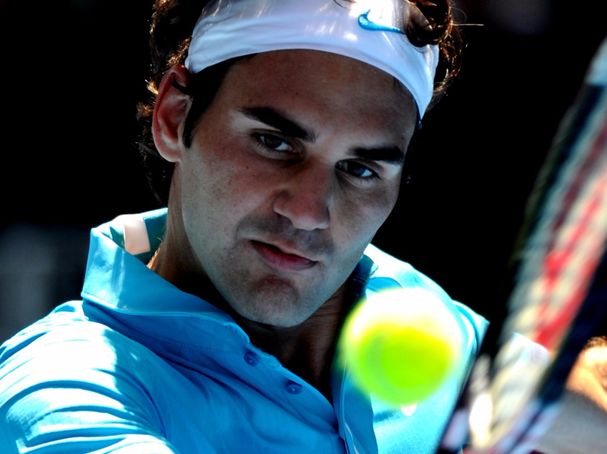 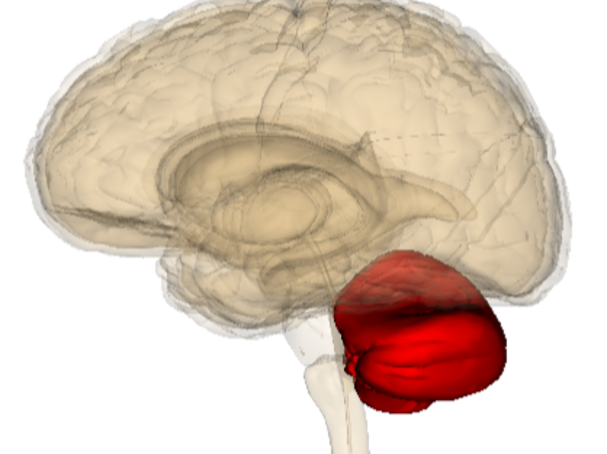 The Cerebellum May Be the Seat of Creativity 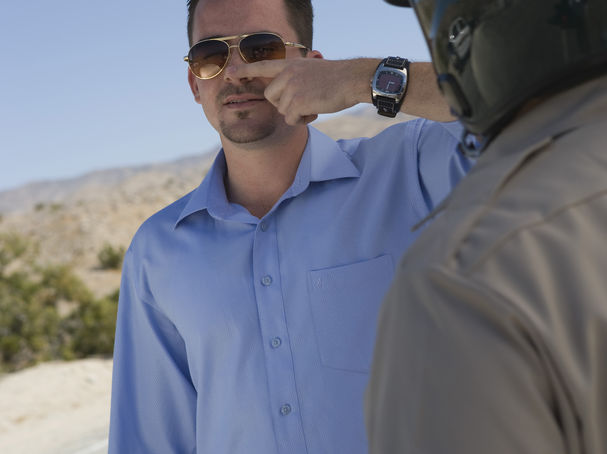 Why Do Drunk People Stumble, Fumble, and Slur Their Words?