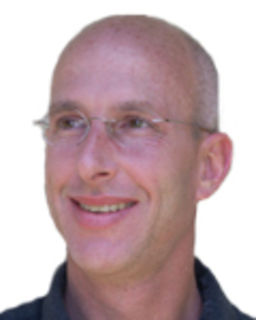 What To Do When the Fit Goes Hissy — In Public

A survival guide for disallowing the unallowable

A true tale from the city of New York where the streets are tough and love, at times, can be even tougher:

A single conversational misstep with a five-year-old. Suddenly it’s showtime and all the world’s a stage. Even worse, all the world is witness. The curtain goes up on – you guessed it – the public tantrum.

The cherubic face that so beguiled you just a moment ago is twisted and red with demonic rage. There is huffing and there is puffing. There is foot-stomping and head-jerking. There are miniature fists balled in frustration flailing at air. Your child appears genuinely possessed. There are hot tears running. But most of all, there is screaming. Holy cow, is there screaming. Like that of a banshee awaiting damnation.

You stare blankly, dumbfounded. But it is too late. The show has begun and already you are famous.

People stop in their tracks on both sides of the street. They glance at your daughter. They glance at you. Settling in for the entertainment, they fold their arms and wait. You probably should be offering them popcorn. But the tilt of their heads and the angle of their eyebrows tells you they might not be receptive to your hospitality just now.

In fact, somewhere in the back of your mind you’re imagining their recriminations: “What on earth have you done to this child?” or “Does your daughter always act this way?” or “Hey, buddy, this is a public place. Are you really going to allow this?”

The answer, if you’re clever, is yes you will.

When faced with the pressure of public disapproval, it may be tempting to pacify the child. Offer a candy, promise a toy. Beg, bribe, or plead your way out of a socially awkward situation. Anything, anything, to make the tantrum stop.

Many parents cave in and do just that.

The long-term results of caving, however, can be disastrous as the child learns to bully her way toward unearned rewards – a habit that can end up going unchecked for many years to come. Just as damaging can be the temptation to quash the tantrum with a fit of one’s own. But a raised voice laced with harsh tones threatening punishment can leave your child feeling unheard and disrespected – an approach likely to fuel tantrums rather than quiet them

So your five-year-old is in the middle of a melt-down on a public street in New York City. What do you do?

The father in question in this case put his daughter on a time-out. Right then. Right there. Tough call to make when the whole world’s watching. But much more effective than waiting until some later time when, presumably out of public view, the time-out would likely have been punishing some behavior other than the tantrum.

As any good behaviorist knows, humans (and even other animals) are associatively hard-wired to link punishing events to whatever behavior immediately precedes the punishment. So a gap in time between tantrum and time-out simply won’t communicate the message “This isn’t acceptable behavior” no matter what lengths parents go to by means of patient explanation to bridge the gap.

Professional animal trainers make frequent use of time-outs to bridge the cross-species language barrier that is inherent in their line of work, so they are a routine and expected part of the communication loop for both trainer and animal. But even in a professional setting, the effects of a time-out can sometimes intensify a tantrum.

As a former dolphin trainer, I have seen dolphins placed on time-outs occasionally respond with the marine mammal version of a perfect fit. Unhappy with the interruption of an otherwise smooth training session, some dolphins will vault high into the air and angle their bodies to the side before landing so as to produce a thunderingly loud, bellyflop-like smack of protestation. Dolphin tantrums can also include loud slaps at the water’s surface with tail flukes and herky-jerky swimming reminiscent of a child’s angry foot-stomping. The point is, sometimes things get worse before they get better.

Our father with the audience in the Big Apple understood that intuitively (or perhaps from experience) and proactively and protectively improvised some street smart moves that would do any New Yorker proud while simultaneously fending off potential intervention by Child Protective Services or the like.

He deliberately moved a short distance away from his ranting daughter and assumed a clearly relaxed, patient, and non-threatening posture by leaning casually back against a building. He continued to talk to his daughter, explaining that they could discuss whatever was upsetting her as soon as she calmed down. And he told her that he would give her all the time she needed in order to do that.

In the end, his message became clear: “There’s nothing wrong here that can’t be fixed with a little time and patience.” His daughter got the point and gradually calmed herself. Even the onlookers were eventually won over. As the drama drew to a close and people resumed their sidewalk strolls, one man from the gathered crowd paused near the father and said, “Man, that was somethin’ – I think you just invented the Street Time Out.”

When I watch Supernanny

I am shocked and appalled at how parents have no idea how to raise a child.

When a child is having a tantrum, if you are in a public place, REMOVE the child and don't subject others to the tantrum. Speak in a calm voice.

If you are at home, give them a time out. It all takes patience, but must be done if you are ever to have a civilized child.

Am I the only one who finds it creepy that children are being compared to dolphins and circus animals in training?

Since when did parenting become synonymous with "child management"? What year are we living in again...?

I admire the non-violent and non-threatening alternatives to raising children, but kids deserve more respect than being placed in the same category as pets and animals-in-training.

The basics of cognitive development

No I don't find it creepy, nor would others who work with children in a professional capacity (e.g. teacher, psychologists..etc..).

Humans are an animal species and we go through the same basic biological developments of other mammals. However, some key differences are that we develop cognitive processes beyond other species, are aware of our own cognition and have developed extremely complex societies. But at the end of the day we still need food, water and shelter (aka. life-supporting environment) just like other critters.

Children are developing the key features of being human but to do so they need many of the same larger principals shared with animal training. These include (but are not limited to)....

Actions have consequences. This concept has to be taught as it doesn't not develop automatically in a babies brain.

Positive reinforcement: Wanted behaviour = reward. Flipper jumps through the hoop and gets a fish. Sarah says "please" and "thank-you" and gets a smile with kind words.

Negative reinforcement: Unwanted behaviour = punishment, negative feedback. Flipper does not jump through the hoop and so does not get the fish. Sarah does not say please and so she gets a frown and verbal reminder to be polite.

Developing trust and respect. Flipper learns to trust the trainer after they spend time swimming and playing 'catch the ball'. Sarah learns trust after spending time with her teacher and getting supportive encouragement.

Scaffolding of new information = success. To get Flipper to jump through the hoop you break the process into small steps. First swim in a straight line, swim up to a hoop in the water, watch someone else swim through hoop, swim through the hoop in the water...etc.. Sarah needs the same scaffolding to learn to write her name. First she pretends to write by scribbling on paper. Next she is introduced to the alphabet and slowly learns to write the letters. Next she is shown how to write her name and practices...etc..

My whole point in a nutshell.......
Children and animals have similar needs regarding the larger principles and methods of educating/training. However, they differ on the details. This is not a bad thing.... actually knowing this makes is easier for teachers to recognize how to support students learning at an appropriate pace.

I find it creepy that people

I find it creepy that people torture dolphins.

"Actions have consequences" and the "The sky is blue. Seriously."

I accept that we share much in common with other mammals, with the exception of critical thinking and higher cognitive abilities.

But time and time again, the examples I'm given about teaching kids cause and effect (consequences) has very little to do with reasoning, critical thinking, and virtue. The examples you've written out I understand as "Do what Mommy and Daddy want, and we'll give you a cookie. If you don't, no cookie! Do what Mommy and Daddy are against, and you'll be sorry." This only teaches them to follow instructions; training. Where does the child learn the complexities of interacting with peers, of virtue, of negotiation, et al? I'd wager they can pick these up, and more, when parents lead by example and apply the same standards of ethics to children as they do to their fellow adults. (Cognitive deficiency and development do not change the standards of ethics. Otherwise, you would have to be consistent and apply a different standard of ethics to the elderly and the mentally challenged.) The difference here is that the growing child needs the support of a facilitator until they reach independence. Food, shelter, health, security, time, and love.

Holding a cookie in front of them (or a warm smile) every time they say "please" and "thank you" only reveals how meaningless those phrases are. When someone does not say "thank you" to me after I have done them a favor, I don't feel insecure or frustrated (or even embarrassed as some parents feel). The other person's actions are enough. You can tell when someone is grateful in the absence of "thank yous". There is more to reciprocity and virtue than the immediate exchange of goods and services and arbitrary ritualistic phrases.

I believe the more important question is "why?" not "how?" when it comes to teaching kids.

You can easily answer the "how?" when training dogs not to misbehave. Shock collars. It's real easy. The moment they do something you are against, zap them without delay. See? Consequences! They'll learn lickity split what they can and cannot do. Using this logic, you can quickly train a developing mind not to do X, Y, and Z with a shock collar. "Actions have consequences" is only half of the story.

Full speech is on his dvd Unconditional Parenting

The well-trained brain may be capable of pushing the body beyond its limits.

Remembering Koko the Gorilla: The Language of Humanity

Reflecting on the legacy of a sign language-speaking gorilla who died this year.

How Often Does the Laundry Get Done?