In most American cities, public transit hasn’t been popular.  To give one example, the city of greater Houston where I live, has a population of approximately 6.5 million. But because of factors like suburban sprawl, a cultural obsession with vehicles, lack of infrastructure, and limited coverage, less than 5% of the city’s population uses public transit. Public transit simply can’t compete with the benefits Americans expect and can get from their private vehicles.

Against the backdrop of general malaise and stagnation, public bike-sharing programs feel like a breath of fresh air. These programs are popping up in one city after another across the United States. 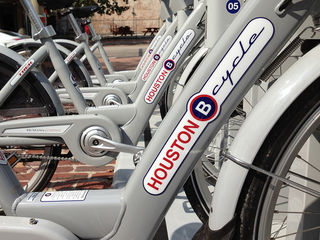 A bike-sharing program works like this: Clusters of bikes are placed at various locations, at so-called “docking stations” throughout a city (or a section).  Each bike is identical yet sturdy and flexible so that riders of different heights and sizes can use it. Consumers can check out bikes from a station, either paying-as-they-go, or buying a membership. After use, the bike can be returned to any station, allowing consumers to use the bike for either one-way commuting or a round trip. The costs of running the program are subsidized through sponsorships, grant money, and advertising sales. Riders usually pay nominal fees for using the bicycle. In many programs, the first half hour or one hour of bike use is free.

Research has shown that bike-sharing programs provide substantial benefits for consumers. Unlike other public transit methods, it transfers control over getting from point A to point B back to the consumer. Bike-sharing provides health benefits (because many users bike instead of using a sedentary transport), makes the consumer feel virtuous, and because of subsidization, it is financially attractive. Not surprisingly, local government officials and consumers are both optimistic about bike-sharing.

However, the ridership numbers of bike-sharing programs tell a different, gloomier story. They indicate that bike-share riders are still a rather rare breed. For instance, one study conducted recently by Rice University’s Kinder Institute for Urban Research researchers reported fewer than 2,000 weekly bicycle checkouts in Houston across the entire system. Assuming multiple checkouts by regular riders, this means there are no more than a few hundred users of Houston’s ride-sharing program at present, a drop in the ocean so to speak.

What can account for this rather tepid adoption by consumers? One important factor, in my opinion, is perceptions of physical risk associated with riding a bicycle in an urban environment.

How safe is it to ride a bike?

In many cities including Houston, bicycling on city streets for any purpose, whether it is commuting or recreation, is a dangerous activity. Each time someone gets on a bike, they are putting their life and limb at risk. One recent media investigation conducted in Houston found 950 crashes and 213 hit-and-runs involving bicyclists in a single year, with hardly any repercussions for motorists. In May 2015, one unfortunate Houstonian was killed when riding his bicycle to a memorial ride for another cyclist who had been run over.  Here’s the assessment of one reporter writing for Bicycling magazine:

“In traffic-snarled Houston, where two-thirds of the population is overweight and nearly one-quarter lives below the poverty line, cycling makes sense. But debris and potholes mar the sliver thin bike lanes. Drivers don’t look, or don’t care." 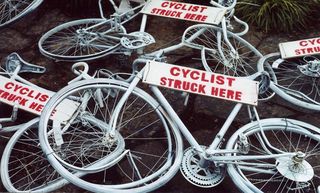 Across America, 743 bicyclists were killed (comprising 2% of all traffic fatalities) and approximately 48,000 injured in 2013. Not surprisingly, according to one estimate, the risk of sustaining a serious injury while bicycling is 13 times the risk when driving. Research also shows that the biggest reason for not choosing to bike is a fear of vehicles.

Despite the obvious fact that physical danger is a substantial deterrent to consumers’ adoption, bike-sharing programs surprisingly ignore this concern. For instance, on the website of Bcycle, a privately held company that operates bike-sharing programs in 27 cities (including Houston), there is no mention of safety or rider risks at the moment.  Unfortunately, academic researchers studying bike-sharing attitudes only survey existing users (instead of all potential users including current non-adopters). So they end up with serious selection bias, and reach dicey conclusions like “respondents in all cities generally felt safe and comfortable with bikesharing bikes.”

How to manage risk perceptions of bike-sharing riders

Academic research conducted by consumer psychologists since the 70s and 80s has studied how consumers deal with perceived risk, and has given advice to marketers regarding how to manage risky situations. This work suggests that perceptions of physical risk may be the single largest obstacle to increasing popularity of bike-sharing programs. Here are three things that bike-sharing programs can do about this issue: 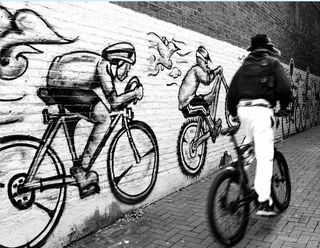 There is a lot to be excited about the growth of bike-sharing programs in America today. At the same time, in a country where private transport is dominant, the introductory phase of this rather novel mass transit approach merits caution and strategic thinking. Unless consumer perceptions that cycling in an urban area is a risky enterprise are dealt with successfully, chances are that bike-sharing programs may never grow beyond a small niche service. They will fail to realize their full potential.

I love commuting to work by

I love commuting to work by bike. I have been hit twice by cars who swerved into me, doored by people opening their car door into the bike lane where I was, and wrecked once due to giant pothole but no room to maneuver around it. I stopped biking to work. At 54 years old - hitting pavement was no longer fun.

Customers are outraged about the fees but do not adequately account for them.

3 Psychological Drawbacks of the Popularity of "OK Boomer"

The meme promotes a negative stereotype, is divisive and discriminatory.