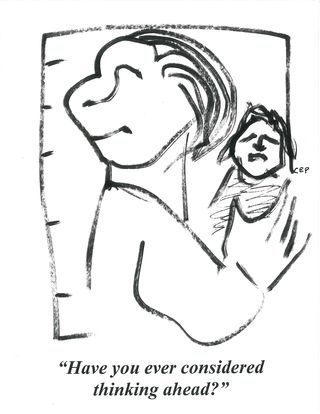 Simply put, at best what parents can expect from their adolescent is this: "Keep your word to us and tell us the truth."

Consider two great awakenings to personal power in relationship to parents that usually come when the child enters adolescence, around ages 9 – 13.

First is understanding that a parent cannot make them or stop them without the young person’s consent. “My parents are not in command of me anymore. They have to convince me to cooperate. My choices are up to me!” Now parents find the adolescent becoming more actively resistant with argument and passively resistant with delay.

And second is awareness that parents have become increasingly ignorant of what is happening in her or his inner and outer life. As their primary informant about what is going on, the teenager understands: “Most of what they know about me is what I choose to tell!” Now parents can find personal information more selectively and unreliably shared.

THE NATURE OF LYING

There is lying by omission: what she or he chooses not to tell. And there is lying by commission: fabricating what is told. In early adolescence, most young people will experiment with both forms of dishonesty.

All lying is to a purpose: for example, to get what is wanted, to get out of what is not wanted, or to get away with the forbidden. In all these ways and others, it is an effort to get freedom for or freedom from, at a more freedom loving age. So during Early Adolescence parents are likely to see an increase in this behavior and to catch the young person at doing it.  Generally, first time caught lying to parents is not the first time a lie has been told. She or he has probably taken advantage of their ignorance this way before.

When a lie is caught, parents should treat it seriously. They can share how it feels to be lied to. “We feel hurt and angry when you don’t tell us the truth!” They can take a value stand against dishonesty, “We believe lying violates your responsibility to keep us adequately and accurately informed, the same responsibility we have to be honest with you.” They can apply some symbolic consequence to work off the offense, “You’ll need to do an extra chore this weekend before doing anything you want to do.” And (hardest of all) they must reinstate their expectation for honest communication.  "We expect you to tell us the truth." Most important, parents can take this opportunity to have a conversation about both the temptations and costs of lying.

When parents will openly talk about why lies are told, how they both serve and harm the liar; that they know so much can provide some disincentive for doing it. Particularly important in this discussion is including an appreciation of the courage it can sometimes take to tell them a hard truth.  "Thank you for being brave enough to share what you didn't want to tell and what we didn't want to hear."

So, consider some temptations to lie that parents might mention.

Lying to keep people from the truth. "I wasn't involved."

Lying to fool people into believing what isn't so.  "I have my parents' permission."

Lying to deny wrongdoing. “I didn’t do it.”

·      Lying to misinterpret. “I’m just run down from not getting enough sleep.”

·      Lying to create a false impression. “It’s not my fault for looking older!”

·      Lying to discredit accusers. “She only said that because she’s jealous.”

·      Lying to tell what parents want to hear. “I’ve been studying the whole time.”

·      Lying to avoid disappointing parents. “I would never let you down.”

·      Lying to deny that actions are doing harm. “This isn’t hurting anyone.”

·      Lying has harmful impact. “We feel betrayed when you mislead us.”

·      Lying creates distance. “I don’t want my parents getting too close.”

·      Lying reduces availability of parental help: “They haven’t a clue about what’s really going on.”

·      Lying demands secrecy. “I need to conceal truth from others.”

·      Lying gets double punished. “You did wrong and then you lied about it!”

·      Lying feels out of control. “It just gets harder to keep my stories straight.”

·      Lying is self-incriminating. “Every lie is just more evidence against me.”

·      Lying slows parental decision-making down. “We need extra time to check out what you say.”

·      Lying is hardest on the liar. “We’d rather be the people lied to than the person reduced to telling lies.”

In addition to itemizing some temptations and costs of lying, parents might explain this. What the adolescent may fail to understand is that she or he is just an adult-in-training. Now is later. How they practice communication now is how they are likely to practice it in other and future relationships. Youthful habits of communication can be long-lasting.

Thus, a teenager who has gotten into persistent lying with parents (perhaps to conceal illicit or unhealthy activity) may continue to lie in significant relationships to come. And although parental devotion may withstand these falsehoods, a romantic relationship may break as the loved one simply walks away. “I don’t want to be with someone who lies to me!”

As for lying about someone, the liar inflicts double injury to that person: First is anger at being lied about, and second is anger at those who are taken in by or want to believe the lie -- anger at believers who are damaging one's reputation. "We hear she only does so well because she cheats on tests."

Parents can finally explain how in lasting relationships of the caring kind,

·      You can’t have safety without sincerity;

·      You can’t have intimacy without honesty;

·      You can’t have commitment without candor.

Of course, quality of communication that parents model can make an influential difference. Most of what parents give their adolescent is by example – by how they act and are by character defined. Thus, when a family leader models lying for the children, whether that adult is doing so at home or out in the world, then lying is what some of these impressionable young people may feel encouraged to imitate and follow. “From watching my parent, I learned to say whatever I can get away with at the time.” So: for your kid’s sake, don’t lie. Tell the truth. It can be hard to do, but in the long run it can turn out harder for your adolescent when you don’t.

And when it comes to managing personal relationships that matter, consider giving your teenager this advice. “Do not get socially or romantically involved with anyone who regularly lies because you may get seriously hurt. If you see them continually lie to others you can expect that sooner or later they will lie to and maybe about you.”

Next week’s entry: When Parents Pay Money for Adolescent Cooperation

In my experience with teens

In my experience with teens (having been one and having raised two, and adding friends into the mix), I’ve found that often a common factor for teens who lie is having unusually strict, overcontrolling, overbearing parents. I don’t mean parents with normal expectations for safety and respect for others and for property. I mean parents who micromanage, shame, and fail to trust even when their kid isn’t doing anything wrong. Parents who care more about barking out orders than establishing a relationship. (Parents who wonder why the kid moves far away and wants little to do with them once they grow up.)
Just my observations. YMMV.

Yes, I have seen that connection sometimes.
Thanks.

My 12 year old son is stealing and lying about it. His father is an alcoholic who although he's been sober for many years is a liar. He is my sons main male role model. He lies about all sorts of things in order to get away with stuff. On the other hand I make a point of being open and honest with my son, in relation to his age and abilities. He has stolen from his father's girlfriend, other kids at school, shops, and now me. He says he stole from me to buy food when we have a kitchen full of food. He also breaks a lot of stuff pretty much every day. His father blames him for all the problems and difficulties in his life. I have tried to make up for and advocate for my son to his father, the school, other people but now I just feel totally lost and depressed. I feel betrayed and hurt and like I dont really know my son anymore. We have taken him to see several counselors, but to my mind it's his father's poor influence and role modeling that are the continuing cause. I dont know what to do and need help.

Suggest you try some Al-Anon meetings to get some ideas
for taking taking care of yourself. in a confusing situation.

Yes I've been going for many years. They have been a lifeline for me. It's a very bitter pill to try and swallow that you cannot change anyone else. I kicked my ex out nearly 10 years ago but he's still ruining our lives with his behaviour. You'd think a man 55 years old would have grown up but no. 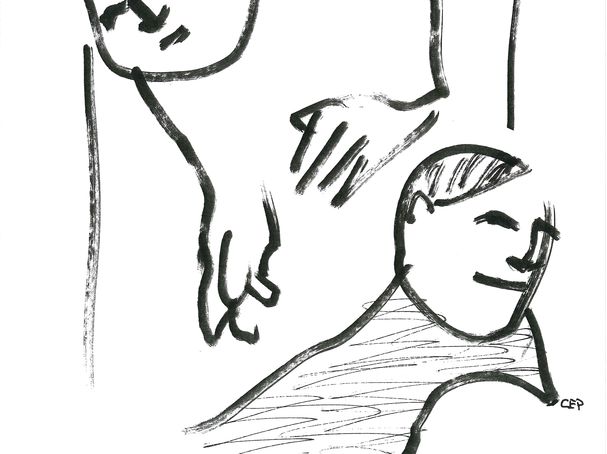 Adolescence and the Age of More "Talking Back" 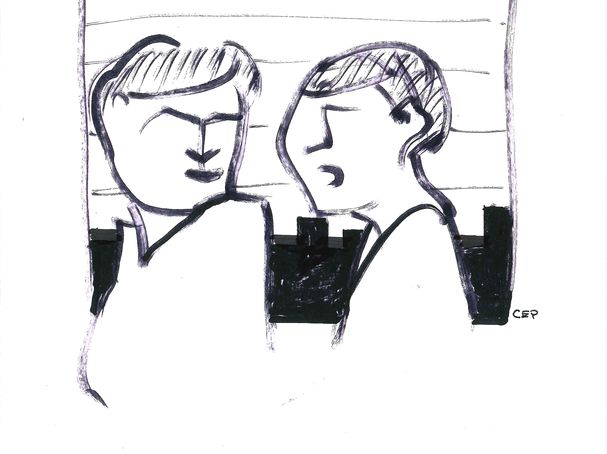 Parenting an Adolescent and the Power of Hope 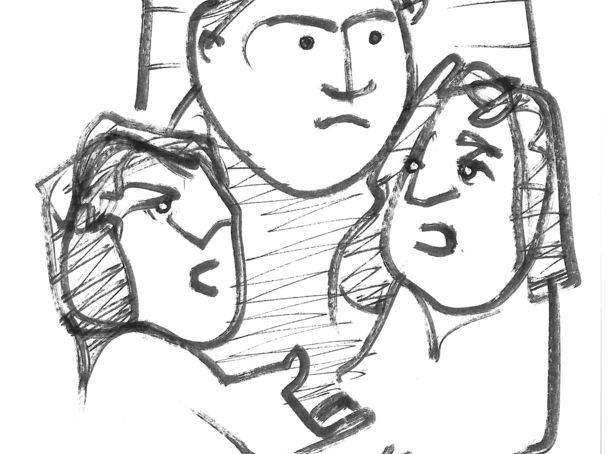 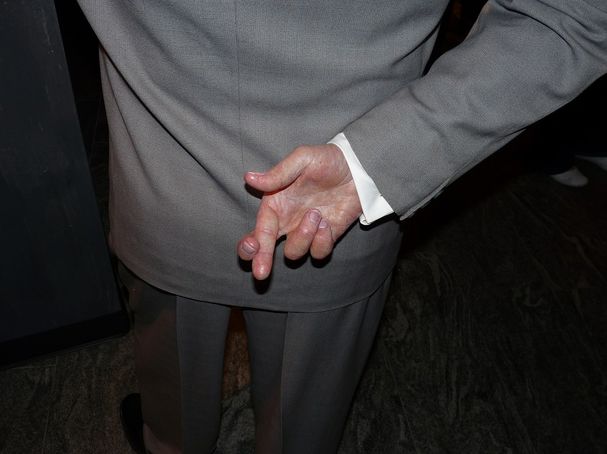 Michael Cohen Is Not a "Compulsive Liar" 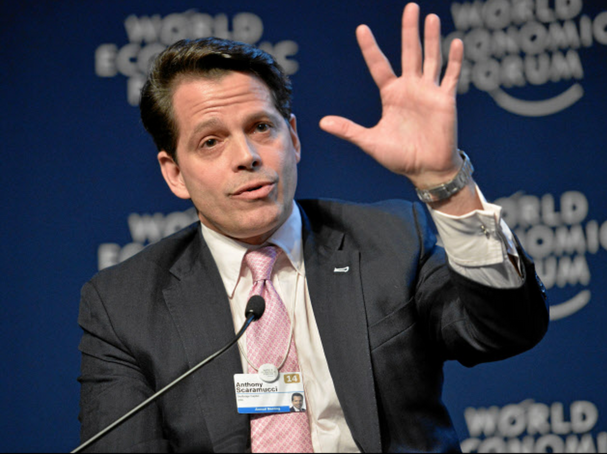 If We All Lie, What Distinguishes a Liar? 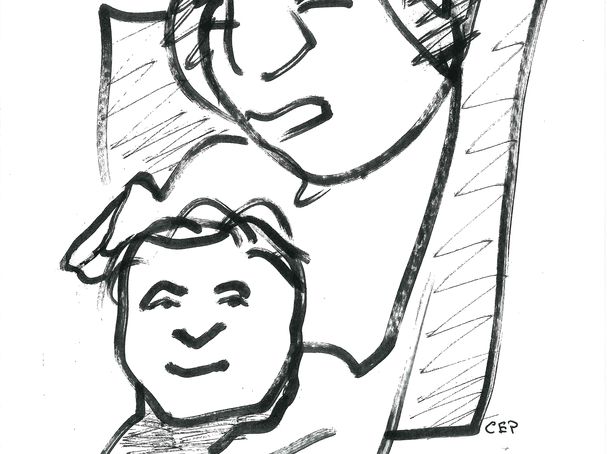 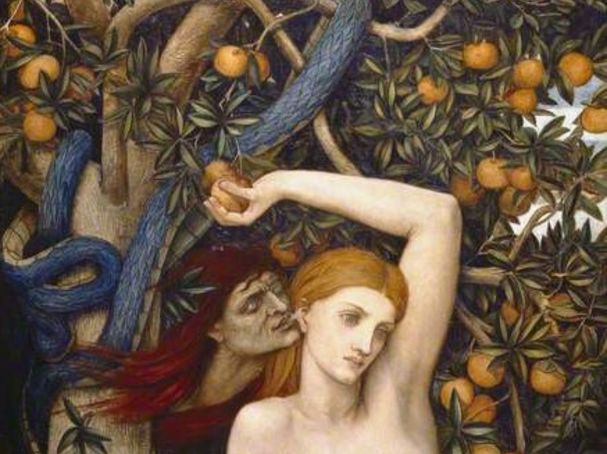 Why We Lie: Are Some Lies More Acceptable Than Others?